The challenge of post-pandemic economic recovery

It is encouraging that despite the fact that the pandemic is in full swing the economy exhibited some positive signs with the help of fiscal support measures. 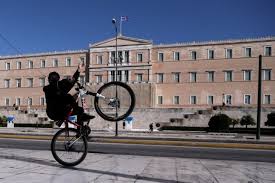 After an exceptionally difficult year that was marked by the painful experience of the pandemic and the resulting enormous loss of life, one understandably harbours anxieties, expectations, and hopes for 2021.

Unavoidably, the public health crisis and its negativε repercussions on the economy will continue at least through the first months of 2021 as it will take many months until one achieves the requisite immunity level in the population to get beyond the need to enforce strict restrictive measures. Nevertheless, the rolling out of vaccinations in a number of countries lays the groundwork for reducing the uncertainty.

It is encouraging that despite the fact that the pandemic is in full swing the economy exhibited some positive signs with the help of fiscal support measures. Economic activity in the third quarter of 2020 may be stronger than what the official data on GDP indicate.

Although the last quarter of 2020 was and the first quarter of 2021 will likely be exceptionally difficult, I believe that suitable preconditions for keeping the economy on a sustainable track of recovery in 2021 are emerging.

Let us outline the most important ones.

Despite the unfortunate timing of the pandemic – which halted the recovery of the Greek economy in its early stages – the durability and adaptability of healthy economic units produce healthy antibodies.

Most healthy Greek businesses were exceptionally cautious about their investment moves in the last years, making a shift away from leveraging and toward strengthening their presence in the domestic and international market a priority.

This careful stance increased their endurance in the ongoing crisis, especially if one takse into consideration state aid and the willingness of the banking system to facilitate businesses as long as required.

Meanwhile. healthy businesses will be able to re-evaluate their new needs and the trends created by the pandemic and adjust to them in a timely manner.

The fiscal support from the Greek state was substantial even when compared to the eurozone average (especially as regards the labour market), co-evaluating the transition from a high primary surplus to a deficit that is in line with the EU average.

Liquidity measures to support viable businesses at first glance appear less generous than those adopted in the eurozone overall – with Germany in the lead role – due to the lower level of state guarantees as a percentage of GDP in Greece.

However, if we take into account the capital actually drawn by businesses through guaranteed loans in other countries, the substantial role of the return of tax down payments from small businesses and freeelance professionals in Greece, the shift away from leveraging in the last decade and, mainly, the high percentage of businesses’ non-performing loans (33 percent of business loans overall and 50 percent of small businesses’), state support in the final analysis converges with the European average.

Despite the unavoidable fiscal loosening, the structural credibility of public finances has not been placed at risk because these measures are temporary. The public sector liquidity reserve is still over 30bn euros, with the prudent use of high capability re-funding with very favourable terms.

The magnitude of the crisis bolstered pragmatism and decisiveness at the EU level. The suspension of fiscal rules and the protracted monetary loosening from which Greece has benefited will create positive secondary repercussions, espeially in 2021. This is already evidfent with Greek state bonds as the cost of borrowing is at a historic low.

The creation of tne EU Recovery Fund – from which Greece is the top beneficiary in the eurozone in terms of the percentage of GDP – creates a strong pillar of support for economic policy, with the priority on bolstering strategic investments with important synergies in a broad spectrum of private investment including leverage from the banking system.

Utilising the opportunities created by the Fund is of the utmost importance as it targets the heart of the economic development problem which is disinvestment, the fracturing of investments, and the shallow productive base.

Taking into account the uncertainties inherent in economic projections especially in the current conditions, I believe that even a partial impact of some of the above factors will be sufficient to make 2021 a much better year, both economically and socially.

That will allow a shifting of attention to the transformation and long-term prospects of the economy.

* Nicholas S. Magginas is chief economist of the National Bank of Greece