Government grapples with explosion of COVID-19 cases in Thessaloniki region 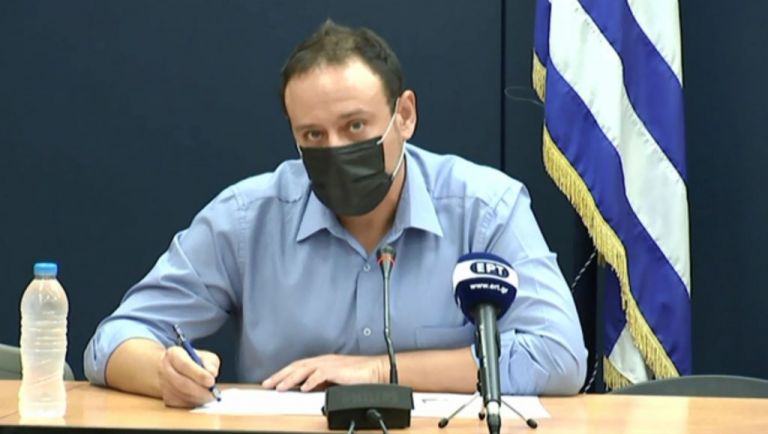 Virology Professor Gkikas Magiorkinis said it is too early to tell if Attica will reach Thessaloniki’s record transmission rate as stricter measures just came into effect in Attica.

Greece is confronting an explosive rate of new coronavirus cases Professor of Virology and member of the government’s scientific committee Gkikas Magiorkinis (photo) indicated at a regular press conference this afternoon.

The northern port city of Thessaloniki and Serres were placed under full lockdown for the next two weeks.

New coronavirus cases announced today reached 2,166. Of these, 22 relate to clusters, and 40 were identified at entry points to the country.
The total number of infections in Greece since the start of the pandemic are 44,246.

The number of intubated patients in hospital ICUs was 169. The median age is 65 of and 89.3 percent have an underlying condition or are age 70 or older.  Just 38 are women.

The National Public Health Organization (EODY) has recorded 13 deaths in the last 24 hours, bringing Greece’s total to 655. Their median age was 79 years and 96 percent had an underlying condition and/or were 70 years of age or more.

Geographic distributions showed that most of the infections were in the regions Thessaloniki (595), followed byAttica (542).

Daily new infections in Greece have surpassed the 2,000 mark, with northern Greece currently having the highest coronavirus transmission rate.
In Attica there was a 30 percent rise in infections compared to last week Magiorkinis said.

Magiorkinis said the virus’ transmission rate in Thessaloniki is five times more rapid than that of the Attica region.

He added however that it is too early to tell if Attica will reach Thessaloniki’s rate, since the newest and stricter measures just came into effect today.

He said a 30 percent increase «is not too high for Attica», by far the most densely populated area of the country.

In terms of age breakdown, the award-winning virologist said that young people aged 19-39 exceed 350 infections per one million people, followed by the 40-65 year-olds (slightly over 250).

He stressed the fact that this is «the first time we have seen an upward trend» in the over-65 age group infections, particularly in northern Greece.

Magiorkinis attributed the rise in infections to people’s failure to wear a mask and to abide by social distancing rules.

He underlined that colder weather had driven people indoors, where the rate of transmission to people without masks increased ten-fold compared to outdoors.