All that has been happening in the last few months on the Greek islands do not point to a responsible stance on Turkey’s part. 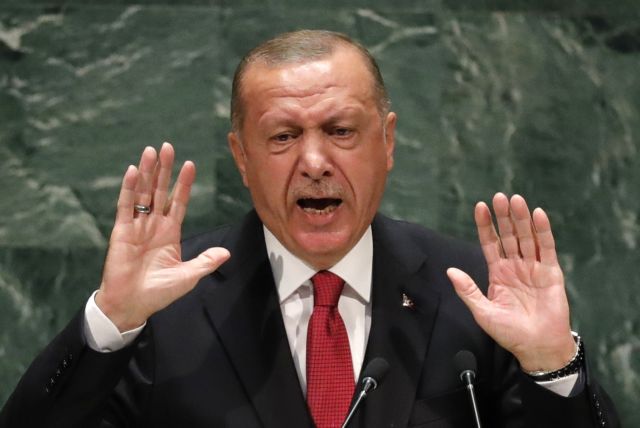 It was announced that they will re-activate the Greek-Turkish Supreme Council of Cooperation for which the countries’ foreign ministers – Nikos Dendias and Mevlut Cavusoglu – will lay the groundwork.

In the past we had also heard of constructive talks between Greek and Turkish officials.

In certain instances these led to fewer provocative statements and to a moratorium in the Aegean, but the bridges and dialogue were undermined by Turkey’s steadfast demands.

Although the PM after the talks said that EU-Turkey Statement on migration is mutually beneficial, all that has been happening in the last few months on the Greek islands do not point to a responsible stance on Turkey’s part.

Mr. Erdogan every so often threatens the EU that he will open the floodgates and send hundreds of thousands of refugees and migrants to Europe.

The incentive that Mr. Mitsotakis offered for Turkey to keep its side of the bargain –that he will help jumpstart EU-Turkey relations- has little impact on Erdogan who for years has abandoned his country’s effort to approach and harmonise with the West.

His stance toward democratic advancements and values has nothing to do with the EU’s.

One sees that in Ankara’s approach to the Cyprus problem and in its constant demands and threats regarding gas and oil deposits in Cyprus’ EEZ and in the broader region of the Eastern Mediterranean.

The Greek side has every reason to pursue better relations with Turkey and a de-escalation of current tensions.

Yet one must not harbour self-deceptions and illusions.

The last decades have demonstrated that despite expressions of friendship Turkey’s policies, demands, and threats remain steadfast.

Moreover, Mr. Erdogan has shown that he is a constantly unpredictable leader who has little respect for international law and democratic legitimacy.