The curtailing of refugee and migrant flows from the Turkish coast to the Greek islands was obviously also at the top of the Greek PM’s agenda. 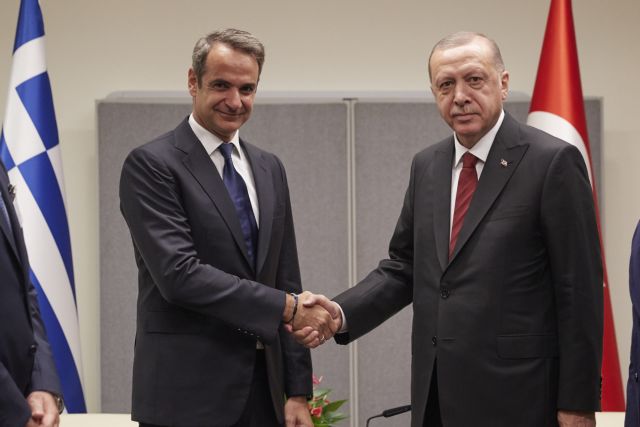 Prime Minister Kyriakos Mitsotakis and Turkish President Recep Tayyip Erdogan during talks in New York today agreed to reactivate the Supreme Cooperation Council in an effort to defuse tensions between the two countries and keep an open channel of communication.

Naturally the dispute over hydrocarbons and heightened tensions in the Mediterranean was the focus of the talks. Turkish Defence Minister

Hulusi Akar told journalists that the 45-minute meeting, which took place on the sidelines of UN meetings, was conducted in a cordial atmosphere.

The curtailing of refugee and migrant flows from the Turkish coast to the Greek islands was obviously also at the top of the Greek PM’s agenda.

Mitsotakis told Erdogan that he supports Cypriot President Nicos Anastasiades’ proposal for the sharing of the island’s hydrocarbons wealth between the two communities.

Both leaders are in New York to attend the UN General Assembly meeting.

The meeting took place at a time when Turkey is behaving in an increasingly provocative manner in Cyprus’ Exclusive Economic Zone (EEZ) and when migrant flows in the Aegean have spiked.

These are issues that have been raised at a European Union level – especially that of migration flows, where Turkey has been asked to uphold the EU-Turkey Statement.

The Greek government is steadfastly in favour of dialogue but Mitsotakis has stated that if Turkey wants a new start in bilateral relations, it must demonstrate this actively.