It is time after many years to break the climate of division and of the automatic rejection of the initiatives of one’s political opponents. 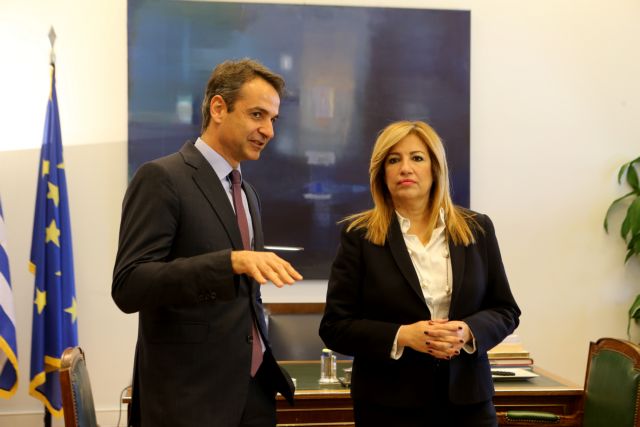 The hostile climate that prevailed in Parliament over the last days during debate on government bills between the PM and main opposition leader Alexis Tsipras broke yesterday upon the initiative of Movement for Change leader Fofi Gennimata.

Gennimata undertook to reach an understanding with PM Kyriakos Mitsotakis to improve provisions of a draft law on the abolition of university asylum so her party could back the bill.

Movement for Change MPs had previously held talks with Education Minister Niki Kerameos which laid the groundwork for an agreement between the PM and Gennimata.

According to a report on One Channel which was confirmed by both the government and the Movement for Change these consultations will continue and it is hoped they will essentially serve as a dress rehearsal for consensus in Parliament during the vote.

If the two parties agree on abolishing university asylum that will be the first example of consensus which one hopes can be maintained on other key issues of national concern which hinder reforms.

The country’s political life needs such initiatives to promote consensus for the resolution of issues which the overwhelming majority of the population wants solved.

It is time after many years to break the climate of division and of the automatic rejection of the initiatives of one’s political opponents.

The current era does not permit the continuation of the climate of hostility and absolute negativity that prevailed during the bailout memorandum years.

After a decade-long crisis and sterile disputes everyone must seek common ground to solve the country’s problems.
One now has the experience and knowledge to avert major errors and to lead parties to a basic peace and joint decisions on basic issues.

Citizens have no more patience for futile battles and they demand consensus on how to achieve progress and prosperity.