‘I was impressed by the shift from invective and shrieks towards an institutional placidity on the part of New Democracy,’ Tsipras declared. 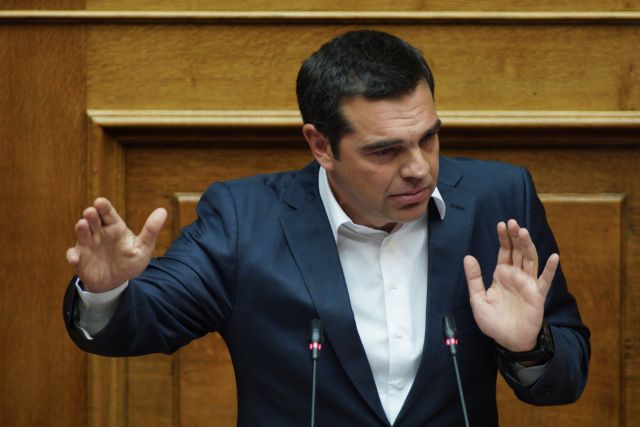 In his second speech during the parliamentary debate preceding the vote of confidence in the government of Kyriakos Mitsotakis, former prime minister and SYRIZA leader Alexis Tsipras accused the PM of a hypocritical political stance on key policy issues.

Tsipras declared that Mitsotakis should engage in self-criticism as regards his “vote-mongering” accusations while in the opposition against the Tsipras administration’s economic policy, Greece’s exit from the bailout memorandum era, the far right, and the Mati wildfire tragedy.

“I was impressed by the shift from invective and shrieks towards an institutional placidity on the part of New Democracy,” Tsipras declared.

“I would hope ladies and gentlemen of the ruling majority that this Ovidian metamorphosis is a sign of actual remorse and a shift toward political civilisation. Yet I believe that would be difficult,” Tsipras said.

“You did not defeat populism. Indeed, you often fueled it,” he added.

“Mr, Mitsotakis grants interviews in which he claims to have defeated populism. He is the man who for three-and-a-half years clamoured for elections, engaged in disaster-mongering, and predicted our failure even though he knew that we were putting a derailed economy back on track,”the former PM said.

“For the sake of opposition tactics he [Mitsotakis] offered cover for nationalism, hatred, division, and terrorism against the elected representatives of the Greek people. He embraced national populism and adopted views with which he did not agree for partisan gain,” Tsipras said, alluding, inter alia, to Mitsotakis’ opposition to the Greece-North Macedonia Prespa Agreement.

“New Democracy and Mr. Mitsotakis made populism the motive force in their quest for political predominance and that choice will follow them. That was the basis of our clash [with ND]. We put our actions and the truth up against lies and deceptions,” Tsipras declared.