Germany, France, Spain, Britain, Portugal, Sweden, Denmark, Austria and the Netherlands, were among the EU member-states that recognised Guaido as interim leader early this year. 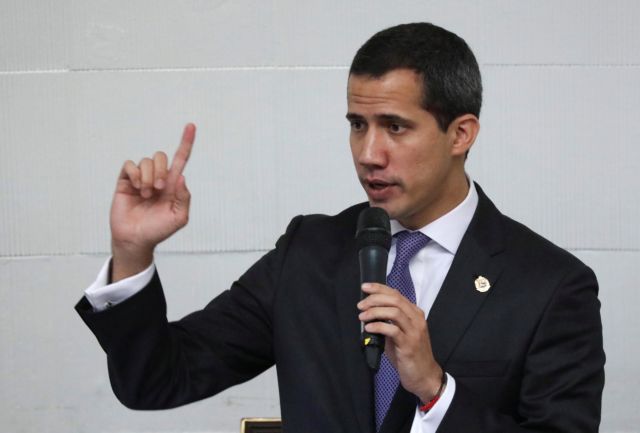 Five months after the European Parliament and a large number of EU countries decided to recognise Juan Guaido as the interim president of Venezuela, Greece under the new government of Kyriakos Mitsotakis has followed suit.

“The Government of the Hellenic Republic, in accordance with the common EU position in the statement of the EU High Representative/Vice President, Mrs Mogherini, on behalf of the EU28, decided to recognize the President of the democratically elected National Assembly, Juan Guaido as President ad interim of Venezuela, in order for him to call for free, fair and democratic presidential elections,” the foreign ministry declared in a statement today.

“The Government of the Hellenic Republic strongly supports the efforts of the EU, especially through the International Contact Group and the Special Representative of the EUHR/VP, Mr. Enrique Iglesias, as well as related initiatives such as the Oslo talks, with the aim to secure a peaceful, political, democratic, negotiated solution to the crisis, for the benefit of the Venezuelan people,” the statement concluded.

Germany, France, Spain, Britain, Portugal, Sweden, Denmark, Austria and the Netherlands, were among the EU member-states that recognised Guaido as interim leader early this year.

The previous SYRIZA government of Alexis Tsipras steadfastly refused to recognise Guaido as interim president on the grounds that President Nicolas Maduro was the democratically elected leader, and that such recognition would not facilitate a peaceful transition of power.

SYRIZA in a statement today lashed out at the government’s decision.

“The government’s decision to recognise the President of the National Assembly Juan Guaido as interim President of Venezuela does not contribute to a peaceful resolution of this crisis, displays ignorance of developments in the country, and weakens Greece’s role within the EU as a bridge of dialogue and mediation for the resolution of such crises in third countries,” the party statement read.

While underlining there is not an EU-wide decision on recognition of Guaido,  SYRIZA agreed with the government in its support for Mogherini’s statement, the Oslo talks, and EU initiatives within the framework of the International Contact Group.