The only thing that Mitsotakis and PM Alexis Tsipras admit that they have in common is the conviction that they must attract voting groups from scratch and that every vote counts. 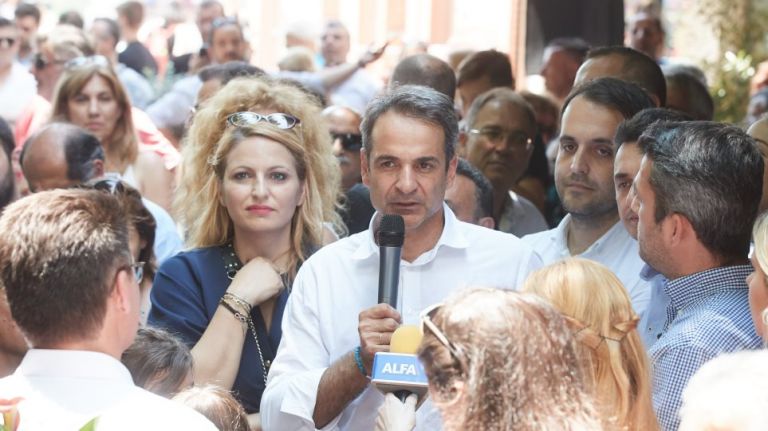 Ironically the greatest obstacle in New Democracy leader Kyriakos Mitsotakis’ quest to secure an absolute parliamentary majority in the 7 July general election is his landslide victory against SYRIZA in May’s European Parliament election, in which he defeated the ruling party by a margin of nearly 10 percentage points.

The potential complacency of ND’s voters (both traditional supporters and newcomers) based on the belief that the party is a shoe in, combined with absenteeism dueto the fact that a significant portion of the electorate may not wish to interrupt their summer vacation to go out and vote, for the simple reason that they take they result for granted, has alarmed the main opposition leader and his core group of advisors.

Indeed, the only thing that Mitsotakis and PM Alexis Tsipras admit that they have in common is the conviction that they must attract voting groups from scratch and that every vote counts.

“On the morning of 7 July the ballot box will be empty,” Tsipras is wont to say.

As the main opposition sees it, the vigilance of the party is crucial and keeping voters rallied behind ND is the only way to maximise the prospects of clinching the strong popular mandate which Mitsotakis has made his top priority.

Tsipras is granting television and radio interviews daily and Mitsotakis is feverishly working the crowds and small gatherings of voters in specific target groups nationwide.

“Complacency is unjustifiable and the electoral result cannot be taken for granted. We cannot allow even a single vote to be lost,” Mitsotakis told a crowd of party supporters in Alexandroupolis today.

“Absenteeism is a defeat for democracy. We want everyone to vote in the election and especially young people.

Mitsotakis: ‘A vote for smaller parties is wasted’

In a last-ditch effort to squeeze votes out of smaller parties both to the right and left of ND, the conservative leader in a less than democratic salvo went as far as to say that a vote for small parties is a wasted vote.

“Voters should not waste their vote on small parties that were created in an environment of rage but have no role to play in the new bright Greece that we envision,” Mitsotakis declared.

Accused by Tsipras of having a plan to batter labour rights, the ND leader said he has a plan for creating new, well-paying jobs.

“Above all we want to create jobs. We know how we shall support working people. We are sending a clear message that the prosperity that we will create will be for everyone and above all for the working class,” Mitsotakis said.

“A good business is a business that pays decent salaries and takes care of its employees,” he added.