Indications that ND may clinch an absolute parliamentary majority

Though the initial current of support for New Democracy may have come from the deep public consternation with SYRIZA’s broken promises and over-taxation, it now appears to be taking on the character of a positive vote for ND. 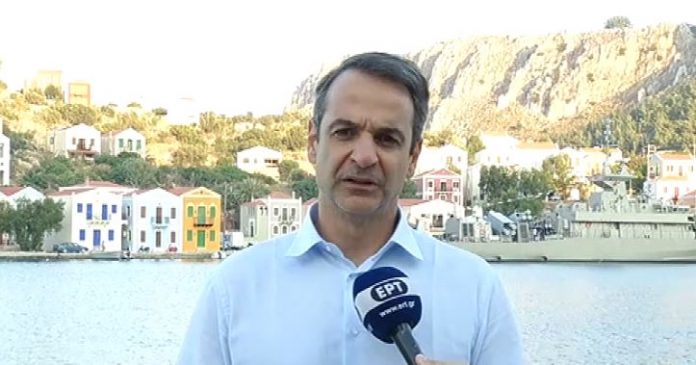 The prospect that the first party may not garner an absolute parliamentary majority has preoccupied pundits and analysts for weeks, with most focusing on the possibility of a coalition government between New Democracy and the centre-left Movement for Change.

Meanwhile, Parliament officially closed early this evening with the Chief of the Guard posting at the entry President Prokopis Pavlopoulos’ Presidential Decree dissolving Parliament, pursuant to PM Alexis Tsipras’ request for snap elections based on the “national issue” of preserving the stability of the economy which could be jeopardised by a protracted political  campaign.

With 25 days left until the 7 July parliamentary elections, many believe that with New Democracy’s momentum after its 26 May landslide victory in European and local government elections – and a new poll increasing ND’s 9.3 percentage point lead in the European election to 10.2 percentage points – Greece’s conservative party is well on its way to clinching an absolute parliamentary majority of 151 MPs in the 300-seat legislature.

The aforementioned Metron Analysis poll gave ND between 37 percent and 42.6 percent of the vote.

The higher the aggregate percentage of the vote for parties that do not manage to pass the 3% threshold for entering Parliament, the lower the percentage required for single-party rule by the top party.

It should be noted that the top party receives a 50-seat bonus in Parliament.

Though the initial current of support for conservative New Democracy may have come from the deep public consternation with SYRIZA’s broken promises and over-taxation, it now appears to be taking on the character of a positive vote for New Democracy and the tax cuts and pro-business environment that it claims it can create in order to lure investors.

SYRIZA received only 18 percent, or 974,821 votes, but it did not have party-backed candidates in the vast majority of prefectural and mayoral races.

New Democracy’s powerful showing in the aforementioned regional elections suggests that it could achieve or surpass its pre-crisis polling numbers of over 40 percent of the vote.

Conservative PM Costas Karamanlis gained re-election and a slim parliamentary majority with 41.84 percent of the vote in October 2007, as compared to 38.1 percent for Pasok leader George Papandreou.

The sweeping regional and local election victories of New Democracy all over the country and the fact that it prevailed in most all social groups (including pensioners, civil servants, and young voters)  suggest that the conservatives have absorbed the lion’s share of centrist voters (which Karamanlis had called the political “middle ground”).

Moreover, exit polls in the 26 May elections showed that approximately 11 percent of SYRIZA’s 2015 electoral base has flocked to ND.