Mr. Tsipras has depicted himself as the protector of the poor and vulnerable and his opponent as a monster out of the Book of Revelation which has come to suck the blood of the people. 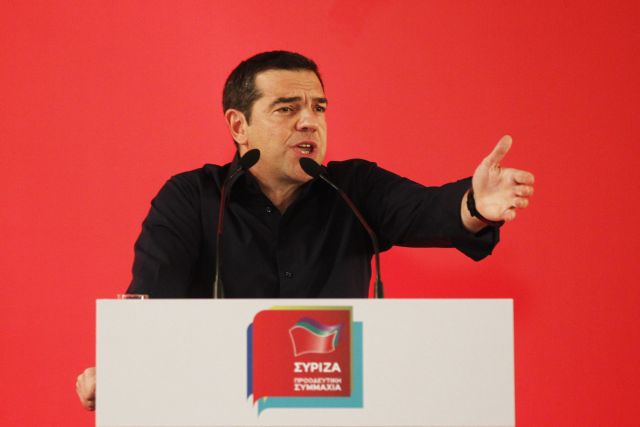 Mr. Tsipras until now had never become accustomed to losing.

Though the sense that he was all-powerful vanished on Sunday after the election results were made known, he does not appear to have understood that.

With his speech to his party’s top cadres yesterday, he demonstrated that he is not cognizant of why he lost.

He muttered something about errors without specifying them and he attributed the party’s defeat to a segment of its voters not going to the polls.

His assessment is reminiscent of the saying about one who is spat upon but maintains that it is drizzling.

Unfortunately for the prime minister, citizens’ renunciation of his policies was overwhelming.

The majority of society turned its back on him despite his systematic efforts over the last weeks before the elections to buy votes with handouts.

People realised that the promises and hopes that he was peddling were hollow.

To this day Mr. Tsipras has stuck to his narrative about the clash of two worlds .

He has depicted himself as the protector of the poor and vulnerable and his opponent as a monster out of the Book of Revelation which has come to suck the blood of the people.

He has not understood that his fairy tale has been judged and completely denounced.

The PM’s decision to call a general election was the inescapable result of that denunciation by the people.

It was not proof of his dedication to democratic principles, as he would have it. His choice to cede power was forced upon him by developments.

As much as he may try before the election to cultivate divisive dilemmas as is his wont so as to whip up the morale of SYRIZA cadres and voters, the countdown for him and his government has already begun.

Citizens have delivered their judgment of his works and days.

What remains is for them to reconfirm it at the ballot box in the upcoming general election.