To some extent the passion for power that the PM has developed and his ambitions are understandable, but Greece’s future cannot be determined or bound by them. 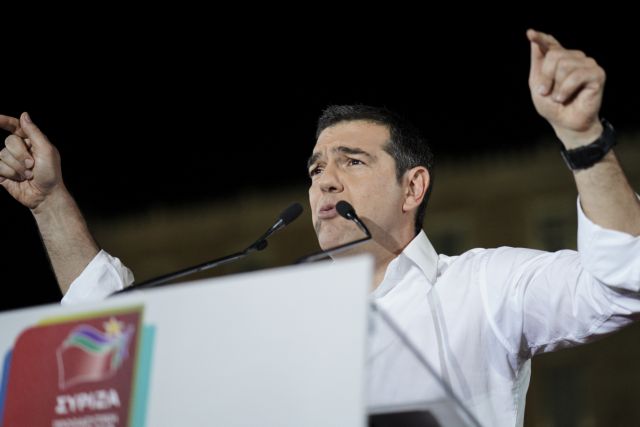 There is no room for prognostications one day before the elections.

The result will be known soon enough.

The prime minister, who of late has been skirmishing with all and sundry, has not exhausted his transformations.

If one examines his political course it becomes apparent that he has said and justified just about everything.

While in the opposition he distinguished himself as an ultra anti-bailout memorandum politician.

In his first six months in power, which was as he admitted beset by self-deceptions and delusions of tough negotiations with partners and creditors, he brought the country to the verge of absolute destruction.

At the last minute, under the weight of personal responsibility, he did an about-face and retreated.

The erstwhile enemy of the bailout memorandums ended up accepting the third and worst adjustment programme and said that he did so in the name remaining in the eurozone, which until then he had blamed for all of the country’s ills.

Later, when he won the second general election of 2015, in September, Mr. Tsipras outdid himself.

He imposed taxes and other restrictive measures that were harsher than those demanded by creditors, with the aim of currying favour with them and cunningly collecting money to use as pre-election hand outs and influence the electorate at an opportune moment.

In the ensuing years, Mr. Tsipras implemented passionately and unswervingly as if they were his own the same completely monetaristic and neo-liberal policies that he now denounces.

The PM aligned himself completely with the will of foreigners, Europeans and Americans, and served their designs in the broader region down to the T.

At the same time, he donned the cloak of the anti-imperialist defender of Greece’s national sovereignty.

As of autumn, 2018, the PM again changed his tune and adopted the rhetoric used by Andreas Papandreou between 1981 and 1985.

In his most recent campaign stops, his latest Ovidian transformation was stunning.

Once again, he depicted foreign collaborators and partners as enemies who are scheming against our country.

He adopts a narrative that says that large international interests are chasing us and want to overtake us, even as he plays the role of Andreas Papandreou or, more aptly, of the Greek Juan Peron fighting for the descamisados and squandering all that was gained with toil and sacrifices of the Greek people.

Over the last few days, the PM appeared prepared to blow the economy out of the water for a few extra votes.

He did not hesitate even to spoil the much-touted return to the markets that was supposed to confirm the country’s economic stabilisation.

The truth be told, the prime minister has exhausted his forces and has offered whatever he had to offer for the time being.

From now on, his Ovidian Metamorphoses and Machiavellian tactics can only bring harm and tumult.

To some extent the passion for power that the PM has developed and his ambitions are understandable, but Greece’s future cannot be determined or bound by them.

Greece is obliged to move forward and make the leaps and bounds that he is not able to bring.

On Sunday, the country has the right and opportunity to transcend him and move forward.