The Supreme Court Prosecutor said that the Volos judicial council had wrongly interpreted the provisions of the penal code that apply to the case and that N17’s top gun was formally entitled to the furlough. 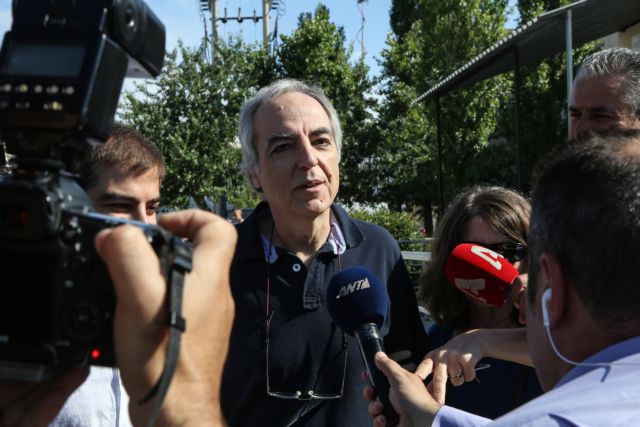 Now the Volos Judicial Council will meet again with a new composition to re-examine the request, and it is considered highly likely that it will be granted.

Koufodinas is serving 11 life sentences for as many murders.

New Democracy leader Kyriakos Mitsotakis – whose brother-in-law and conservative MP Pavlos Bakoyannis was murdered by N17 in September, 1989 – said yesterday that he will respect and not comment on any ruling by the high court but that if he comes to power he will change the law and not allow the judiciary discretion in granting furloughs for prisoners serving multiple life sentence or who have been convicted of heinous violent crimes.

Koufodinas had surrendered himself to authorities in 2002 after N17 had been rooted out.

Currently, in Greece the maximum time served for a life sentence is 25 years.

Today’s ruling comes on the 21st day of Koufodinas’s hunger strike and after dozens of violent forays by anarchist groups, including Rouvikonas, demanding that the terrorist be granted a furlough.

The Supreme Court Prosecutor said that the Volos judicial council had wrongly interpreted the provisions of the penal code that apply to the case and that he was formally entitled to the furlough.

Back to the Volos judicial council, furlough likely

The Volos judicial council with a new composition will now rule if Koufodinas meets both the formal and substantial preconditions for being granted a furlough.

Dimitriou’s ruling effectively overrode the negative recommendation of the deputy Supreme Court prosecutor that she had on 15 May appointed to study the case.

He had opined that Koufodinas remains unremorseful and dangerous and should not be granted the furlough.

In her rationale, Dimitriou cited three Supreme Court precedents (from 1993-2011) and a recent scholarly paper by Deputy Supreme Court Prosecutor Panagiotis Brakoumatsos, which stated that if they have served the required time prisoners serving multiple life sentences are entitled to furloughs.

Her recommendation underlined that since the Volos judicial council opined that Koufodinas did not meet the formal requirements for the furlough, it was wrong to discuss the substance of the case and the substantial preconditions for thefurlough.