Government ready for possible general election in May

Greece will hold European Parliament as well as local and prefectural elections in May, but Prime Minister Alexis Tsipras is keeping his cards close to the vest regarding the timing of the general election 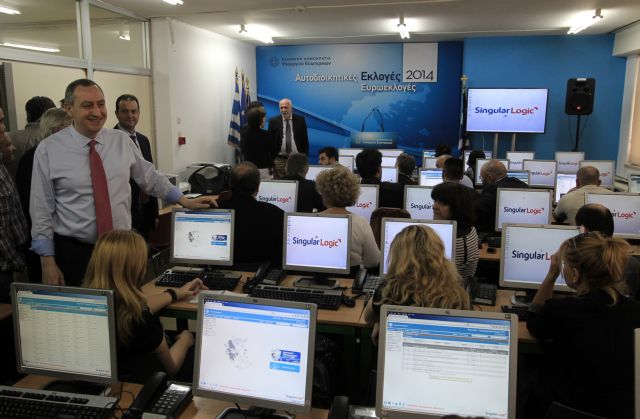 Interior Minister Alexis Haritsis has announced that the government is technically ready to conduct multiple elections simultaneously in May, including the general election.

Greece will hold European Parliament as well as local and prefectural elections in May, but Prime Minister Alexis Tsipras is keeping his cards close to the vest regarding the timing of the general election, which constitutionally must be held by Sunday, 20 October at latest.

The official line of the PM’s office is that the election will be in October, but most analysts are convinced that parliamentary elections will be held along with the other three races. Some speculate that Tsipras many call a snap earlier, possibly in April, so as to retain a small element of surprise.

The elections are conducted by the interior ministry and the votes are counted by the private Singular Logic company.

Haritsis said that the “decisions regarding elections must be taken with political and not technical criteria”.

Voters registered in the provinces

Haritsis told Open television that there will be a “technical and institutional solution” so that voters who are registered in the provinces but live and vote in Attica can cast their municipal and prefectural ballots in their place of residence as well.

Haritsis also denied reports that parties’ European Parliament tickets will come from lists drafted by the party leaders with the seats being distributed based on how high a candidate is on the list. Instead, MEPs will be elected based on the number of preferential crosses they receive from voters.

Regarding prospective voting by diaspora Greeks who are registered in a Greek electoral precinct, the interior minister said that the competent committee is studying the issue and its report will be released in the coming days. The government wants the new law to be passed by the current parliament.

Haritsis also denied reports, which surfaced in October, 2018, that vote counting will be assigned to a foreign company because the Singular Logic company that has counted the vote for over 30 years supposedly said that it cannot handle four different electoral ballots at once (municipal, prefectural, European Parliament, and general elections). He said it was fake news and that he will meet with Singular Logic executives in the coming days.

Reports of a change of the vote-counting company  provoked a strong warning from New Democracy leader Kyriakos Mitsotakis last month. “I wish to warn everyone. The elections will occur under precisely the same terms and technical specifications as all previous elections. If certain people want to purposely create confusion about the electoral procedure, they can forget it. Along with other democratic forces, we shall ensure that the will of the people will be reflected in the election. Whether they [the government] like it or not the people will speak in the election and the country will get what it needs – a strong government.”