“Who are you with – the university students or the thugs? We are with the students and not with those occupying campus buildings. We stand for legality and normalcy,” ND leader Kyriakos Mitsotakis declared. 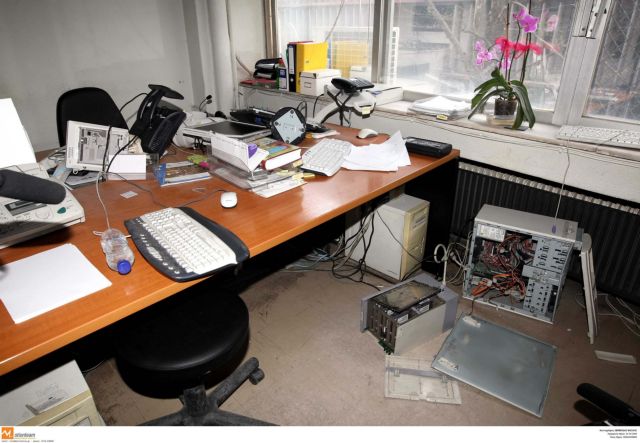 A parliamentary debate between Prime Minister Alexis Tsipras and New Democracy leader Kyriakos Mitsotakis about incidents of violence and lawlessness in Greek universities turned into a battle royal with heavy charges lodged by both leaders.

“The state remains inert and flirts with the leaders of violent groups. The state appears weak and unable to protect university students or the neighbourhoods around universities. Universities, which were loci of free thought, have been transformed into places of censorship imposed through violence. University asylum was transformed into an asylum for lawlessness,” Mitsotakis said.

Mitsotakis asked the PM how long he will tolerate drug dealers on university campuses.

“Criminal groups use universities as a base for illegal activities like drug dealing. Notorious groups [anarchists and others] control many university faculties, and use buildings as safehouses for making Molotov cocktails and for staging rampages,” he said.

“Who are you with – the university students or the thugs? We are with the students and not with those occupying campus buildings. We stand for legality and normalcy,” the ND leader declared.

Mitsotakis asked Tsipras if he agrees with his education minister, Kostas Gavroglu, who said recently that the answer to campus violence is a “robust student movement”.

Mitsotakis again pledged that he will abolish university asylum if New Democracy comes to power.

Mitsotakis said that his parliamentary question, which was the basis of the debate, was essentially co-signed by 1,500 university students, officials in the University of Athens rector’s office, 400 University of Thessaloniki professors, and professors from the University of Ioannina, all of whom “are afraid of physical attacks and are asking the state to guarantee their fundamental rights”.

Tsipras accused Mitsotakis of using false data and disaster-mongering. While conceding that “there is criminal behaviour at Greek universities”, he maintained that incidents of violence are fewer under his administration.

He rejected as false Mitsotakis’ contention that the university asylum law prohibits the police from entering campuses, noting that the police can enter of their own accord if a felony has been committed.

Tsipras blasted Mitsotakis for presenting Greece as a country with generalised violence and lawlessness at a time when millions of tourists are choosing Greece as a vacation spot.

“We cannot defame Greek universities just because it is in our political interest, especially since such incidents occur in other countries as well. It is an ideological fixation aiming at highlighting the issue of private universities. You view matters selectively. You see incidents outside the campus of the Economic University [of Athens], but for some reason your gaze stops at the entrance to the building, and does not look at what is happening inside,” the PM said.

“You overlook the fact that at that same university members of your [New Democracy] student faction were arrested for creating an entire mechanism for cheating on exams.

“In Patras not long ago your DAP student faction publicly supported 106 university students who copied from others, and all submitted almost identical answers in their exam booklets,” Tsipras said.