Xenogiannakopoulou said that Mitsotakis inaccurately stated that over the last years the state has grown. 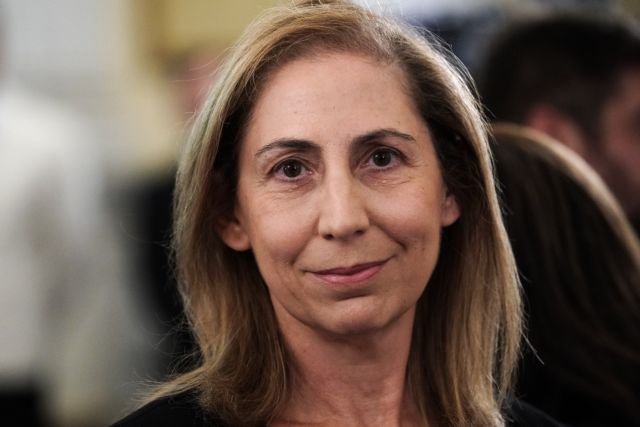 Xenogiannakopoulou said that Mitsotakis inaccurately stated that over the last years the state has grown. She said that, “From 2010 until today, the civil service has shrunk by over 18 percent due to the large number of retirements and reduced hiring. In 2014, the number of civil servants was 571,332, and in 2018 that number has been reduced to 567,080.”

Xenogiannakopoulou said that Mitsotakis’ assertion that the number of civil servants working on fixed-term contracts (non-tenured) has skyrocketed is inaccurate, as the official data from the Register of Greek Public Sector Human Resources (www.apografi.gov.gr) show that in 2016, there were 49,448 employees on fixed-term contracts, and that today that number has fallen to 47,179.

The minister clarified that all fixed-term contract employees have been chosen under the procedures of the Supreme Council of Civil Service Personnel Selection (ASEP), which are supposed to guarantee transparency.

Xenogiannakopoulou said that Mitsotakis’ proposals were deceptive, in that he insists on abolishing the rule of one civil service hiring for every employee that leaves the service, which will come into effect on 1 January, following an agreement between the government and creditors.

“With the return to the rule of the harsh bailout memorandum years, of the hiring of one civil servant for every five who leave, combined with the non-renewal of fixed-term contracts, the question is how one can cover the needs of the civil service in the sectors of healthcare, education, and the social state,” she said.

“This issue highlights the neo-liberal agenda of New Democracy, which leads to a shrinking of the civil service, layoffs, privatisation of segments of the public sector, and above all it does not help to achieve the modernisation of public administration,” the minister concluded.