Tsakalotos said discussions would soon commence with euro zone lenders on debt relief along the lines of a French proposal to link the level of debt restructuring to economic performance. 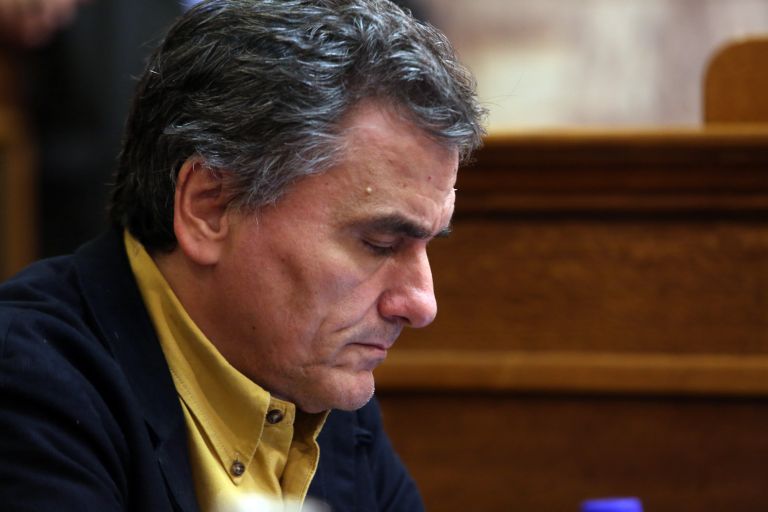 Greece expects to make a clean break with official lenders when its international bailout expires in August and has no reason to seek a precautionary credit line, its finance minister has told Reuters.

Instead, Euclid Tsakalotos said in an interview, the country is building up its own protective buffer that, along with unused European bailout funds, will cover Greece «for well over a year», if needed.

In coming months, he said, the country would be preparing its own post-bailout plan with an emphasis on reforms, social policies and growth.

He also said discussions would soon commence with euro zone lenders on debt relief along the lines of a French proposal to link the level of debt restructuring to economic performance.

«We feel we have built credibility over the last three years,» Tsakalotos said.

A precautionary credit line, though, would come with yet more conditions attached, so Athens is proposing its own plan. It is also creating a safety net of up to 19 billion euros drawn from leftover, unused bailout funds and from bond issues.

«We are thinking, by Easter, of preparing our own plan .. to show both the institutions but also the markets that it is our programme, it has ownership… it hasn’t been imposed, it’s not a matter of compromise,» he said.

«To those people who think we need something more, like a precautionary credit line or whatever, they are just pushing the key question back and I don’t see any reason for that,» Tsakalotos said.

«What we will be going over the next month or so is working out the nitty-gritty of it, the mechanism, how it will kick in, when it will kick in,» Tsakalotos said adding that a kind of subcommittee of the Euro working group would handle this.

Details on the cash buffer, the growth mechanism along with the implementation of the measures agreed in June would give investors clarity over Greece’s trajectory, he said.

Greek banks are saddled with about 100 billion euros in bad loans (NPLs), after a seven-year depression that cut economic output by a quarter and pushed more than a fifth of the population into unemployment.
The results of stress tests on the banks by euro zone supervisors are expected in May.
«We shall see what the results of the stress tests are,» said Tsakalotos. «I think that a lot of people would want to give banks a chance to see all these bits of the puzzle that we put in to work through, and to address the NPL problem.»