The first half of 2018 is crucial because an extremely tight timetable has been devised by the key international players, not least because of the issue of energy security and the aim of limiting Russian influence. 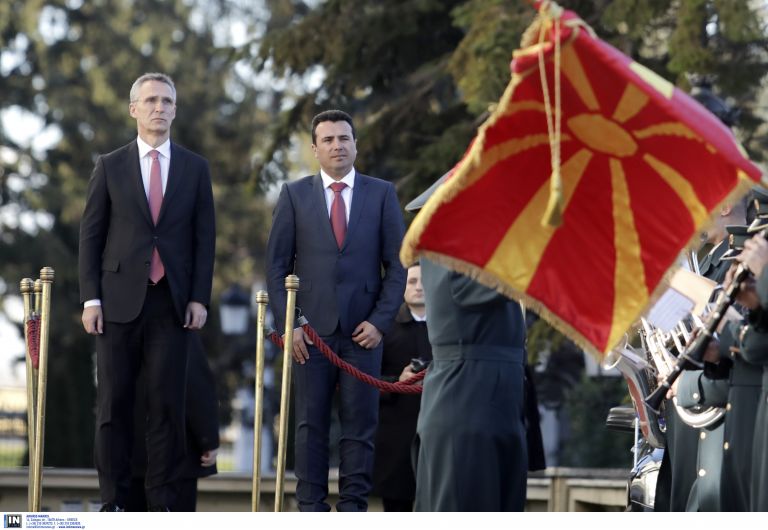 Euro-Atlantic pressures on the FYROM naming issue and outstanding differences with Albania have created a suffocating timetable for Athens, which sees its room for manoeuvre as limited.

The first half of 2018 is crucial because an extremely tight timetable has been devised by the key international players, not least because of the issue of energy security and the aim of limiting Russian influence.

Washington and Nato view the linkage of Greece and FYROM through the TAP pipeline as exceptionally important.

In the first two weeks of February, the European Commission is expected to unveil its enlargement strategy, going up to 2025.

The Bulgarian Presidency of the European Council wants to revive an enlargement to include Western Balkans, 15 years after that prospect was opened under the Greek presidency, at the 2003 Thessaloniki summit.

Washington, through Nato, seeks to refocus on the Balkans after years of relative disinterest. The aim is to release Serbia from the Russian bearhug, and to stem increased Chinese influence, with its economic and commercial cooperation on the new Silk Road, which focuses on Serbia. At the same time, the EU wants to admit Serbia and Montenegro in the next decade, which presupposes a settlement between Belgrade and Kosovo.

Ideas from the Atlantic Council, ΝΑΤΟ

In a report entitled “Balkans Forward: A New US Strategy for the Region”, issued last November by the Atlantic Council. It proposed a permanent UN military presence on the Western Balkans, at Camp Bondsteel in Kosovo, keeping an eye on Russia.

The idea is to ensure a strong presence of the US in the Balkans, as an honest broker.

A study by the Nato Defense Council released in November proposes the establishment of an Alliance joint command in Sarjevo, exploiting the force created to confront the Russian threat after the occupation of Crimea. British interest in the region is also heightened, and it is expected to be expressed through various initiatives that will also aim at checking Russian influence.