‘We agreed to work together toward the shared goals and completing reforms, and securing debt relief from Greece’s European partners.’ 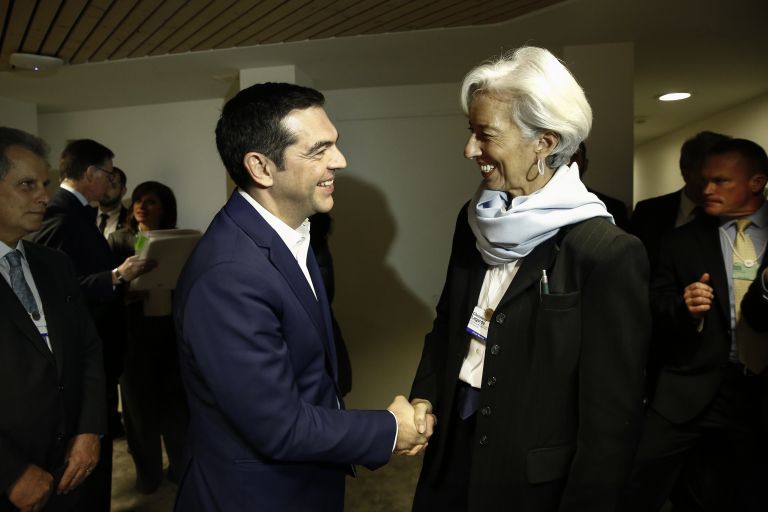 The issue of the Greek national debt and implementation of all reforms agree to, issues which will determine if the IMF will remain in the Greek programme were the focus of discussion during talks between IMF chief Christine Lagarde and Prime Minister Alexis Tsipras in Davos, Switzerland.

‘’I met with Greek PM @tsipras eu and congratulated him on progress in #Greece’s economic reforms. We agreed to work together toward the shared goals and completing reforms, and securing debt relief from Greece’s European partners, which are essential for sustainable growth’’ Lagarde wrote in a tweet about the meeting today.

During, talks, Lagarde reiterated that the IMF will continue to support the Greek programme.

“It was a pleasure to meet with Prime Minister Tsipras in Davos today. I congratulated him on the progress Greece has achieved, a sentiment that was also reflected in the recent Eurogroup statement, and assured the Prime Minister of the Fund’s continued support for Greece’s adjustment programme,» Lagarde said.

«I also underscored that the completion of the reform agenda and provision of debt relief by Greece’s European partners are essential to support sustainable growth and a successful exit from official financing later this year. The Prime Minister and I agreed to work together toward these shared goals,” the IMF chief concluded.