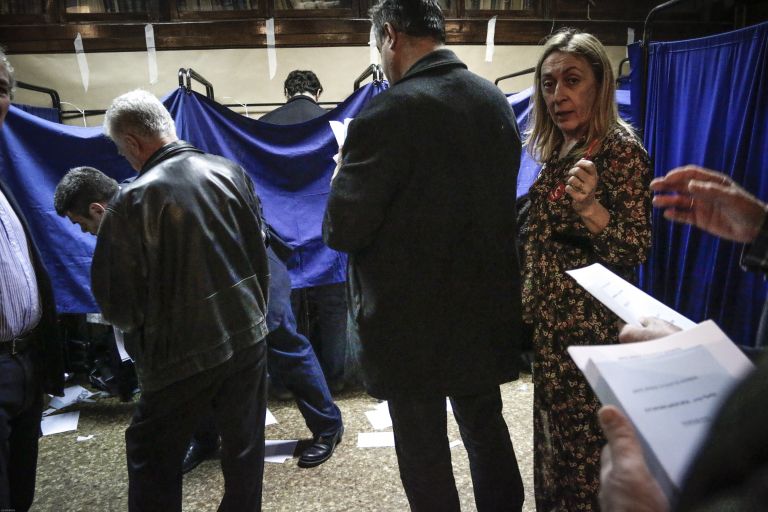 A new, major survey of public opinion in 2016 attempts to create a socio-economic and political profile of Greek voters by looking at their value-based policy preferences, cultural attitudes, attitudes towards the euro and the bailout memorandums, and individual rights.

A new, major survey of public opinion in 2016, cοnducted by the research and analysis organisation Dianeosis.org with the participation of MRB pollster Iakovos Stoubos, attempts to create a socio-economic and political profile of Greek voters by looking at their value-based policy preferences, cultural attitudes, attitudes towards the euro and the bailout memorandums, and individual rights.

The analysis seeks to identify the basic divisions around which citizens’ views and beliefs are organized, with the classic dichotomy between progress and conservatism still holding strong.

The second, more time-specific dichotomy includes the division between pro and anti-bailout memorandum views, which evolved into acceptance or rejection of “the system”.

The system is viewed negatively by a broad array of political forces, such as far right Golden Dawn’s 2015 voters and the tiny ultra-left Antarsya (rebellion) party.

The system is a point of reference more broadly for citizens who feel they are treated unjustly or lack access to the system, or are ideologically opposed to the liberal democratic form of the state.

Trust in institutions, tolerance as a stance, and an increased sense of security are closely linked to rejection of the “system”, the study found.

The two poles of the government, left-wing Syriza and its coalition partner – the right-wing ANEL Independent Greeks – are found to block the path of the remaining political forces toward protest movements.

A basic tool in this effort at harnessing “popular alienation” is the skilful co-management of a special isolationism on the one hand (identifying the EU with the ills of globalisation), and on the other hand the preference for equality over liberty, as constitutive elements of ethics and justice.

The more views, values and beliefs individuals share in their survey responses, the more likely they are to think in a similar manner.

Europeanists and Social Democrats express 4.3 percent of public opinion, and remain at a great distance from “leftists, collectivities, and movements”, with which they share the values of progress, and from Europeanist liberals, with whom they share an acceptance of the system.

Dedication to the EU and acceptance of political liberalism are the common ground that links the group of Europeanist liberals (10.4 percent) to Europeanist Social Democrats (4.3 percent), yielding a combined 14.7 percent.

A basic dichotomy was found between a super-group of 51 percent that is comprised of the two largest groups, those believing in “country, relgion, and rage” and those devoted to the “common people”.

The two groups share real impasses, the inability to understand contemporary realities, and a lack of cultural and social resources, which leads them to conspiracy theories and the adoption of extreme isolationism and the manufacture of enemies. The study places those who in the 2015 referendum had voted ‘no’ to the bailout memorandum in the second group.

It should be noted that the “left, collectivities, and movements” group has much more in common with all types of Europeanists than with any other group. Combined, the two groups constitute 27.3 percent of the electorate.

The study views the efforts to reconstitute the Greek centre-left as the most significant development in the party system in 2017. It viewed the unifying move as successful, as it attracted diverse audiences.