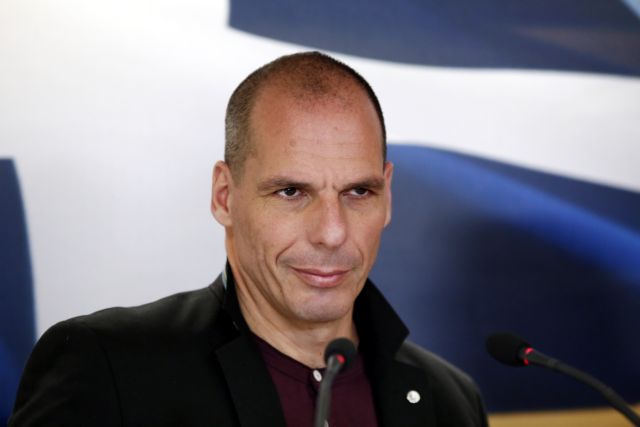 The former Minister of Finances Yanis Varoufakis revealed the Greek government’s ‘plan x’ that was composed during his seven-month tenure, should an attempt have been made to expel Greece from the euro. Mr. Varoufakis, who made the revelations in an interview on SKAI, added that there was no plan for a parallel currency.

According to Mr. Varoufakis, the Prime Minister Alexis Tsipras has ordered the formation of small group with the Finance Minister in charge, in order to come up with a plan to counter the European Central Bank’s ‘Plan Z’. This Greek plan would come into effect should an attempt have been made to expel the country from the euro zone. Mr. Varoufakis noted that this plan was unrelated to the efforts made to improve Greece’s position in the negotiations.

When further pressed on the subject, Mr. Varoufakis explained that the plan never came into effect, even when the ECB’s emergency liquidity assistance (ELA) towards Greek banks was cut off. The former Finance Minister revealed that the decision to not implement the plan was down to Government Vice President Yannis Dragasakis.

During the interview Mr. Varoufakis underlined that he never considered the solution of a ‘parallel currency’ and explained that he has lost lot friends in the let over his belief that Greece should remain in the euro. The former Minister argued that his parallel payment system, which can allow a country to survive for a couple weeks, is not a parallel currency. He also admitted to having recorded all of the Eurogroup meetings he attended, except the first one and did not rule out using those recordings in the future.

Regarding the efforts made to attract funding from China or Russia, Mr. Varoufakis told SKAI that he opposed the prospect of approaching Russia. According to Mr. Varoufakis, the minute Greece would receive funding from Russia, the troika would simply delay the negotiations. The Chinese case was different though, he argued. Mr. Varoufakis elaborated than it would reveal that Greece is in the position to form credit agreements with other countries in an effort “to pressure the ECB to essentially perform its duties”. This agreement though was called off, he claimed, after Berlin made a phone call.

Mr. Varoufakis also referred to the referendum that was carried out in the summer and claimed that there was an “electrified, unpleasant atmosphere” at Maximos Mansion, when the results came out. According to Mr. Varoufakis and in contrast to his public statements, the Prime Minister had secretly favored reaching an agreement with Greece’s creditors and was disappointed from the outcome.