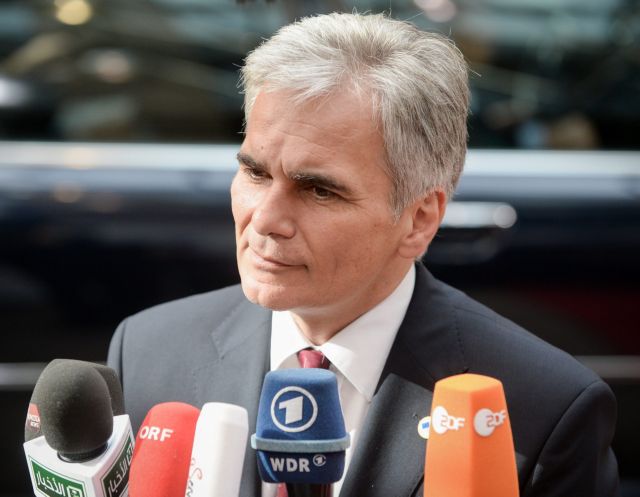 The Austrian Chancellor Werner Faymann accused the German Minister of Finances of delaying the agreement between Greece and its creditors, when he submitted his “provocative” proposal of a five-year, temporary ‘Grexit’. These statements follow earlier comments after the Summit, where he openly accused the German Finance Minister of trying to force Greece out of the euro.

Mr. Faymann argued that Wolfgang Schäuble’s plan would cause businesses to collapse and the banks to remain shut – something that even German Chancellor Angela Merkel did not want – and as such, all the provocation achieved was to delay the agreement. Mr. Faymann also noted that the referendum was also provocative.

According to the Austrian Chancellor, an agreement was possible because Germany and France were in agreement and stressed that a conflict between the two would be catastrophic for Europe. He also underlined that a Grexit and the speculation over which Eurozone member would be next would also have catastrophic consequences for Europe.

Although the agreement has put a lot of pressure on the government, as a number of SYRIZA officers have declared their intention to oppose the deal, the Austrian Chancellor was confident that Prime Minister Alexis Tsipras will receive the necessary support in Parliament to pass the required bills.