In an interview with Mega Channel, the leader of PASOK Evangelos Venizelos estimated that voters will support the Olive Tree and revealed… 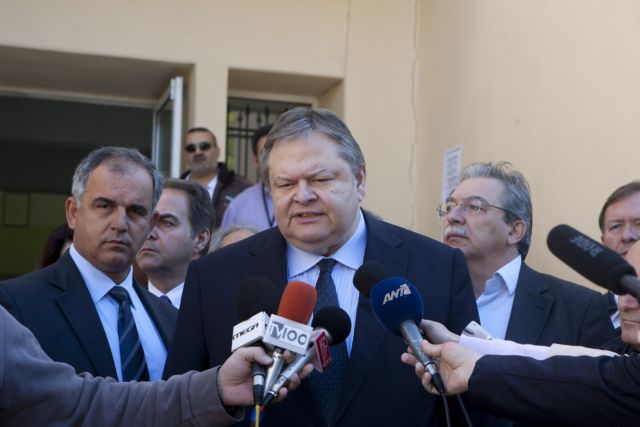 In an interview with Mega Channel, the leader of PASOK Evangelos Venizelos estimated that voters will support the Olive Tree and revealed that former PM and party leader Giorgos Papandreou informed him via email that he will support the center left coalition.

Mr. Venizelos also claimed that the Sunday results will “affect the attitudes of the parties” and that the next milestone is the election of a new President of the Republic in 2015.

When asked about the controversial comments made by the German Minister of Finances Wolfgang Schäuble regarding a Grexit proposal by an as-yet-unnamed Greek politician, Mr. Venizelos responded that he does not wish to adopt Mr. Schäuble’s position and that he has consistently argued for Greece to remain within the Eurozone.

Mr. Venizelos further elaborated on the illustrious 2011 meeting in Cannes in an interview with the Guardian. In his interview the PASOK leader painted a dramatic picture of the behind-the-scenes discussions and events that took place, while maintaining that his choices, as Minister of Finances at the time, averted a Grexit and bank run.

The PASOK leader claimed to have been the “only one” to have warned against Golden Dawn in spring 2012 and called for a united response from all parties. Mr. Venizelos argued that “nobody can flirt with Golden Dawn, those people support a part and a criminal organization” and demanded a clear stance from the democratic parties.