The Greek PM’s plan for hydrocarbons

A single company for hydrocarbon rights and international pipelines is being set up. The absorption of DEPA INTERNATIONAL WORKS by EDEY is completed. The announcements tomorrow morning. 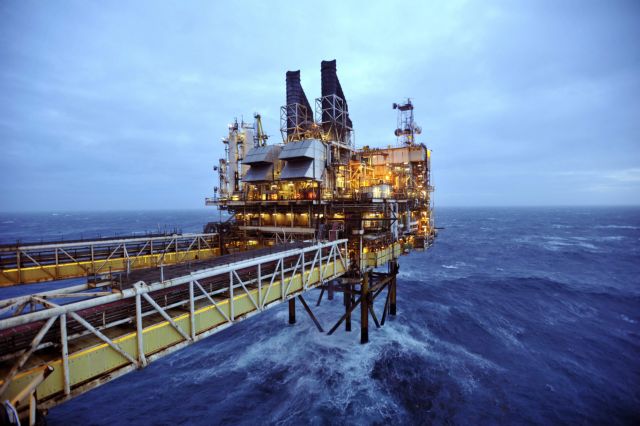 The establishment of a single company that will take over on behalf of the Greek state both the rights of exploration and exploitation of hydrocarbons and the participations of DEPA in the international pipelines of natural gas is expected to be announced tomorrow morning by the Prime Minister Kyriakos Mitsotakis.

According to information available to OT, the prime minister will announce the completion of the process of absorption of DEPA INTERNATIONAL WORKS by the Hellenic Hydrocarbon Management Company, a provision which existed in government legislation from 2020.

Sources tell OT that this process seems to be coming, if it has not already come, to an end, and in this way a single company is created that will hold in addition to the exploration and exploitation rights of hydrocarbons and the participations, as mentioned above by DEPA INTERNATIONAL WORKS in joint ventures with foreign companies for international gas pipelines. These are the projects of the Greek-Bulgarian pipeline (IGB), EastMed and the Greek-Italian pipeline (IGI) in which Edison is a partner.

According to information available to OT, the aforementioned move, ie the absorption of DEPA INTERNATIONAL WORKS by EDEY, enables Greece to draw up a unified national strategy in the fields of exploitation of natural gas deposits and the development of pipelines that will transport quantities of fuel to our country but also in areas of Southeastern Europe.

A unified national strategy, which became necessary after the war in Ukraine and the importance of ensuring the energy independence of our country.

The “package” of the prime minister’s announcements, according to the OT’s information, will also include amendments to the licensing legislation for investors’ research programs. Changes aimed at faster environmental licensing.

Finally, it should be reminded that DEPA INTERNATIONAL WORKS emerged after the division of DEPA into three companies, within the framework of the privatization program. The first company is DEPA Commerce and the second is DEPA INFRASTRUCTURE (gas distribution networks) which has passed to Italgas.

The announcements will be made tomorrow by the Prime Minister Kyriakos Mitsotakis at the offices of DEPA INTERNATIONAL WORKS. And the symbolism is obvious, and as revealed above by OT. Mr. Mitsotakis will be accompanied by the Minister of Energy K. Skrekas, General Secretary of Energy Al. Sdoukou the CEO of EDEY A. Stefatos and the managing director of ELPE A. Siamisis.