Dominique Strauss-Kahn: “I am and will always be a friend of Greece”

“The happy globalization is over,” the former IMF chief told NEA newspaper, warning of a huge climate migration phenomenon. 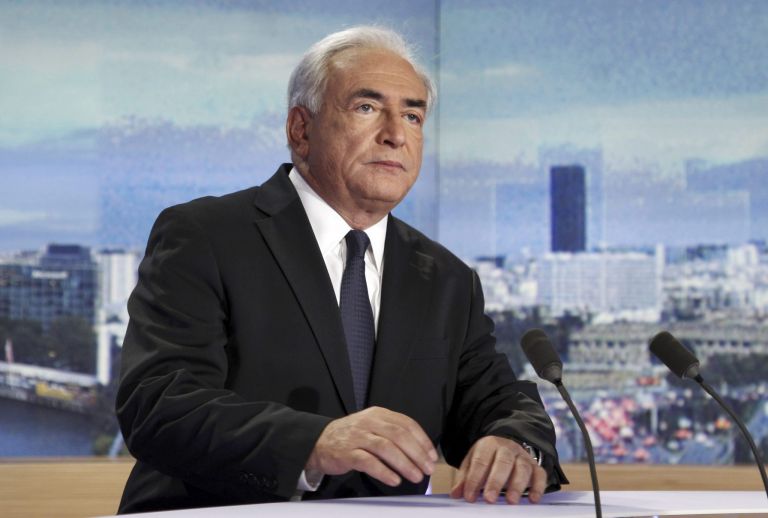 He was removed from politics and public life in general after the Sofitel scandal in New York in 2011. He now lives in Morocco where he is very involved in humanitarian action and continues to provide his valuable advice to private companies with absolute discretion.

Faced with the harsh changes of this world, however, Dominique Strauss-Kahn finally agreed to share his views and analysis during a meeting hosted by the highly influential Politique Internationale and its director Patrick Wasjman in Paris. In front of about 150 French company CEOs, in the living room of a posh hotel in the French capital, the former CEO of the IMF spoke without filters and answered, in fact, only a few questions of “NEA”. Because Greece “means a lot” to him.

“I am and will always be a friend of Greece,” he says and smiles. He does not talk much but insinuates a lot causing pensiveness in his interlocutor. When he says that he is a friend of our country, he immediately points out that “Greece is part of Europe, so it merits attention”. Be careful because he believes there is a sharp and clear western decline. “A continent that is unable to accept deprivation and suffering is in decline.”

His thinking goes to the current situation, because he believes that Europeans are in favor of Ukraine, but when we ask for a real embargo and effective sanctions, at a cost similar to higher energy prices, no one wants them. The conclusion is clear, a bit like the history of Greece: Europe is a continent that has lived many happy years and now this period is coming to an end.

On the new page of the continent there will be, according to the former politician, a huge phenomenon of climate migration. Especially from African countries with “thousands of people who will be looking to be saved and everyone wanting to come to Europe”. Therefore, if Westerners, Europeans, cannot secure billions for the development of these countries and tackling the climate crisis, in order for their inhabitants to stay there, we will have to suffer a huge migration crisis. The essence of his intervention is more to wake up the EU and to make understood that we will become completely dependent on either the Americans or the Chinese if we continue like this. “At a time when the only solution is greater domination.”

This EU page change applies to everyone. “Happy globalization is over,” he says, noting that there is a new global balance being made clear by the pandemic. He wrote a lot about it during the pandemic. However, things are even more stressed with the war.

He advises us to observe how the great powers are positioned, in order to see more clearly how the new balances are formed. With the exception of China or India, half of African countries have not condemned Russia’s attack on Ukraine. Others have condemned it, but not spontaneously or willingly. “Know that they love the West much less than you think.”

His argument has to do with the economic sovereignty of countries. Many Russians have gone to Dubai. The Emirates are positioned to become much more important financial centers than before. On the other hand, the Chinese have a clear plan to position themselves in the South and Africa and today they tolerate the Russians, but they may one day dominate them as well. “The Chinese economy is probably the top in the world.”

Each of his words “DSK”, as the French call him, is dominated by politics. One of the great memories of his political career, engraved in my memory, is his speech in 2008 before the IMF. “To warn of the crisis that came after the subprime crisis and so there was a backlash and we were able to avoid the worst.” An era that now seems very distant…