Central Macedonia: New jobs in 4 out of 10 companies 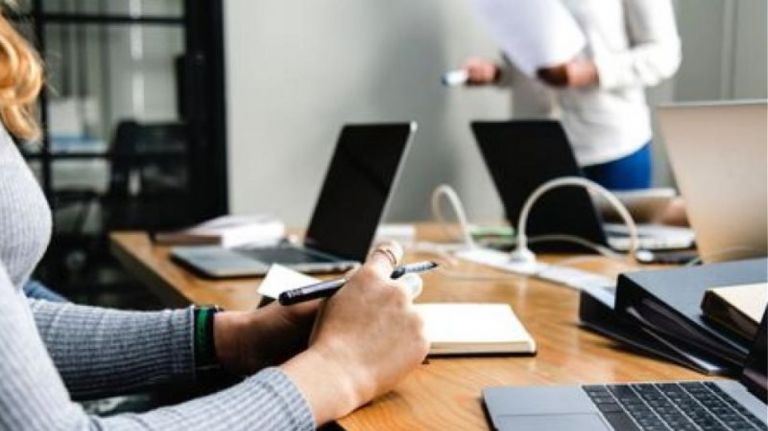 41% of the companies in Central Macedonia are optimistic about the creation of new jobs in the next period, due to the expansion of their activities. Especially in the Agri-Food and Tourism sectors, the certainty is expressed that there will be new positions, something that is due to the seasonality of the sectors.

The above results from a research conducted by the Mechanism for Diagnosis of the Labor Market Needs of the Region of Central Macedonia and was presented at a conference held at the offices of the Association of Greek Industries, in Thessaloniki.

Businesses do not intend to proceed to redundancies

More specifically, according to the survey, which was conducted from February 8 to February 22, through telephone interviews with a representative sample of 424 companies, and from the seven prefectures of Central Macedonia, 85% of the companies surveyed stated that they do not intend to to proceed with redundancies in the next six months while 6% answered “probably not” to the possibility of redundancies.

Regarding the intention to fill the available vacancies in companies, the vast majority of employers, 83%, stated that they intend to fill these positions. More specifically, the construction materials sector intends to completely (100%) fill its vacancies and the transport and supply chain sectors by 93%.

The research of the Labor Market Needs Diagnosis Mechanism in the Region of Central Macedonia revealed, after all, that the most sought after specialties are those of engineers, IT professionals, health professionals, industrial plant and machinery operators, craftsmen, assemblers, senior and middle managers .

Of all the companies surveyed, 74% said there was no vacancy, compared to 26% who said there was at least one vacancy. According to the Mechanism and the reduction it made for the approximately 28,000 companies in the Region, it is estimated that the number of vacancies amounts to approximately 6,500 – 7,000.

The main reasons for not filling the vacancies in the Region seem, moreover, to be the lack of people with the required qualifications in the fields of information technology, environmental energy and construction materials and the lack of people interested in doing this type of work in the textile sector, clothing and tourism.

Welcoming the work of the conference, the governor of Central Macedonia Apostolos Tzitzikostas stressed the importance of the existence of the Mechanism that provides analysis for the sectors where investments should be made. He characterized as particularly positive the fact that the Region records a steady increase in the creation of new jobs in 2021, which is in fact well above the national average. He stressed that the predominantly tourist destinations of our country show an increase in the positive balance of new jobs.

He also noted that all seven regional units of Central Macedonia present a positive balance in new jobs in 2020 and 2021 and commented that the specific performance of the Region was largely predicted by the experts of the mechanism. He referred, finally, to the new film productions that have created development opportunities and jobs but also to the added value that important projects such as the reconstruction of the coastal front, the flood protection works in Kalochori, the fly over, Thess Intec etc. have given to the region.

For his part, the Deputy Regional Minister for Development and Environment Costas Gioutikas spoke about the important role of the Mechanism, emphasizing that especially in the current circumstances with the war in Ukraine which causes reshuffles in the world economy, the existence of a comprehensive market image is particularly useful for work now and in the near future.

Regarding the February survey, he commented that about 80% of companies consider the training programs in which the employees participated to be extremely useful, while he stressed that in the context of the connection of education with the labor market, an attempt is made to intervene in the apprenticeship and vocational education programs in the public junior colleges (IEK), the vocational high schools (EPAL) and vocational training schools (EPAS).