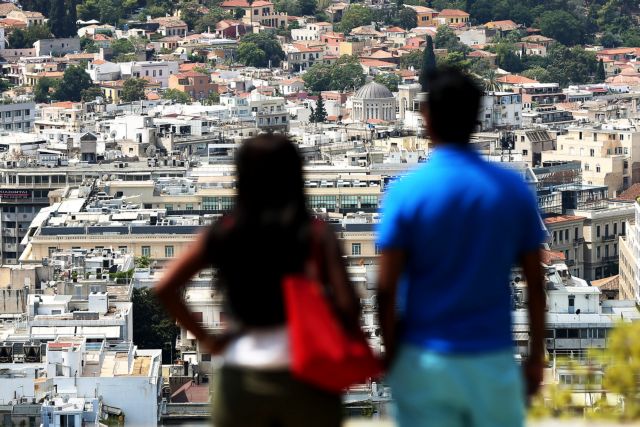 With the younger generation at the heart of government policy, the plans for aid includes providing free housing to young couples.

The properties will be granted for free use to vulnerable households, to young couples.

These are properties (apartments and houses) located in the portfolio of the Public Real Estate Company, which has over 70,000 properties, and a very large number of properties can be granted for this purpose.

A new relief package unlocks the possible new upward revision of the GDP path for 2021, with analysts shooting the percentage above 8%. Faster growth is also acknowledged by government officials, signaling new surprises for the implementation of extra interventions from 2022. In the foreground is the abolition of the solidarity contribution for public sector and pensioners’ incomes and the further reduction of insurance contributions. In the coming months, the National Youth Plan is expected to evolve with large amounts of aid that will even provide state housing to young couples.

The benefit starts at 22 euros and even exceeds 676 euros per year, while the higher the salary the greater the relief. For example, a civil servant with a net annual income of 14,000 euros will have a benefit of 44 euros, for an income of 17,000 euros the benefit reaches 110 euros, for an income of 20,000 euros the profit rises to 176 euros and for 30,000 euros it reaches 676 euros per year. In the second phase, in 2023 the abolition of the solidarity contribution is expected to be made permanent for all taxpayers. For the insurance contributions, their further reduction is being considered, albeit gradually, in two installments, by the remaining percentage of 1.1 points, in order to reach a total of 5 points that the government had promised before the elections. At the same time, other development measures are on the table, with the aim of the government rushing in implementing its pre-election agenda.

According to information, there is already a discussion in the financial staff to raise the growth bar again from 5.9% to 6% -6.5% and above. This will be judged by the course of the pandemic and the final data from tourism by the end of September. The new estimates of the Ministry of Finance are even considered conservative due to the sharp recovery of the economy, with growth rates higher than estimates. All the data of the main indicators of the economy (investments, exports and consumption) show that the optimistic scenario for Greece is now becoming the basic one and the international companies are talking about a growth spurt until 2022.

The message sent by the government is that the dividend of development will be returned to society and so exercises are already being designed for future interventions.