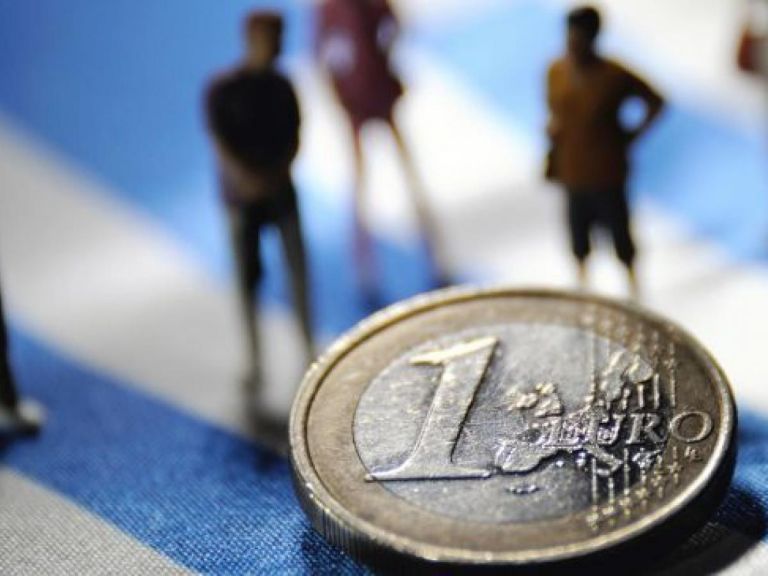 The government is focusing on economy and stimulating liquidity, thus restarting with a horizon of 2023. While the scenarios for a cabinet reshuffle emerge- in view of the cabinet meeting on Tuesday – the two-year plan of the government for the recovery with a whiff of the Corporate Pact for the Development Framework and the Recovery Fund.

In addition to the expected prime ministerial announcements from the TIF stage (with relief, tax incentives and projects under the Recovery Fund), liquidity stimulation measures have been launched for the next four months while the country expects another 3.8 billion Euros from the Recovery Fund. From the programs that are “running”, however, aid is now foreseen – direct and indirect – of around 4 billion Euros by the end of the year. This is done through NSRF, debt clearing and compensation, which mainly concerns those who have been affected by the pandemic.

In addition to the political reactions adding to the government headaches are the protests of market representatives for the measures to curb the pandemic wave in autumn. Fears of an increase in cases due to the “Delta” mutation but also new restrictive measures for the unvaccinated bring several industries facing uncertainty. Representatives of the food service sector are already protesting against a possible reduction in turnover as a result of the decisions for unvaccinated citizens, asking for financial support, as well as other sectors (eg gyms).

The government is well aware that the effectiveness of the recovery plan and the magnitude of the easing of wages and the stimulation of work are at stake in the next elections.

The Maximos Mansion and financial staff are drawing up the plan based on which the government will move by 2023. The meetings are constant and if there is financial space, the package is considering, among other things, to include reliefs in taxes and contributions, reduction of ENFIA property tax by 8% and the increase in the number of installments for repayment except for ENFIA and income tax, a measure that is likely to be implemented for the 2022 tax returns.

The Prime Minister is also expected to emphasize the way of utilization of the liquidity of 77 billion euros from the Recovery Fund and the new NSRF, the actions included in the plan in climate, energy saving and environment, with emphasis on investments, reforms and the reduction of wage burdens.

An important intervention is the reduction of the tax rate up to 50% for the companies that will be merged or transformed with the main goal of increasing the competition of the companies, with the incentives accompanied by terms and conditions. The central philosophy of the government remains stable, which is the implementation of those things that had been committed since 2019 and have been postponed due to the pandemic.

What is “on the burner” now

The financial staff is already running programs that give breathing space, either through fixed expenses and offsetting debts to taxes and funds, or through the payment of compensation or with NSRF programs.

The sectoral aid that has been instituted is in progress as the catering program of 270 million euros has included about 10,000 companies out of the 29,000 that have applied for aid. The 420m-euro tourism program is planned for the autumn. Earlier, 16m-euro programs for gyms and playgrounds are expected. According to the Deputy Minister of Development and Investment, Giannis Tsakiris (speaking to SKAI), the payments for food service establishments will be completed on September 10 – 15 and he estimated that the subsidies for tourism will be paid within September.

These concern the compensation of property owners who did not receive any rent for the month of July or received the amount “cut” by 40%. By the end of the month, owners will see the state compensation in their bank account and it will be paid based on the COVID declarations. For the zero rents of July the owners – physical persons will be compensated at 80% of the rent while legal entities will receive 60% of the rent. Landlords who received 60% of the rent will be compensated for 50% of the damage.
Through the program, the Ministry of Finance has already offset the first 32 million euros of approved fixed costs with a corresponding corporate income tax. The fixed cost coverage program is running at a budget of € 500 million for the approximately 31,000 companies deemed eligible and is expected to offset a total of € 240 million in fiscal terms and EUR 240 million in insurance contributions. This year and next month, offsets will be made with tax and insurance liabilities of about 10,000 restaurants.

After the completion of the fixed expenses, the second phase begins, which concerns credit vouchers for the repayment of tax and insurance obligations through the repayable advance payment. These concern about 25,000 companies, which had a turnover reduction of at least 30% in 2020 compared to 2019. The measure concerns the ability of companies to indirectly acquire liquidity up to 35% of the total aid as the beneficiaries are given a credit of up to the end of 2021. In this case the 50% discount of the repayable part of the first three cycles of the program will not apply. For example, a company that received aid of 20,000 euros has the opportunity to receive a credit of 7,000 euros (20,000 x 35%). In case it chooses to get the 7,000 euros, it will have to repay the 20,000 euros from the beginning of 2022 in 60 monthly installments and it will not be entitled to the haircut of 50% of the state loans.

The Bridge II program, which concerns the subsidization of business installments with a budget of 300 million Euros, has been in force since July. “To date, about 40.2 million euros have been disbursed to subsidize 19,201 loans and 7,774 beneficiaries. It concerns small and medium-sized enterprises that have been affected by the coronavirus pandemic. It is noted that 20.4 million euros were disbursed from Bridge I for 115,447 loans and 73,704 beneficiaries. The total amount of the state subsidy to date is estimated at 185.5 million Euros.