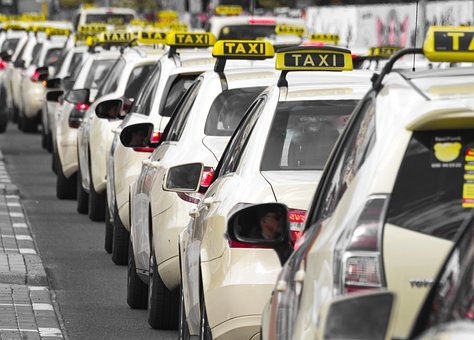 Extra bonuses are provided by the new plans of the government for the “greening” of taxis. This is because in the… invitation of the program “I move Electrically” the 10,500 euros (8,000 euros for subsidy, 2,500 euros for withdrawal) drew only 13 taxi drivers in about a year. The pandemic, with the lockdowns, which stuck taxis for months, did not help either.

Thus, the political leadership of the Ministry of Environment and Energy decided to make the “package” more attractive as the shift of commercial vehicles from fossil fuels to electric propulsion will strengthen efforts to achieve emission reduction targets. It is characteristic that the replacement of a professional conventional taxi with an electric one avoids the release into the atmosphere of 85 tons of carbon dioxide (CO2), while with the replacement of a conventional car there is a savings of only 30 tons of CO2, during their lifetime.

The new scheme includes additional incentives for the replacement of the aging fleet of taxis circulating in Greece through the action “I move Electrically”, but also utilizing resources of 40 million euros from the Fund for Recovery and Durability. Thus, in the coming period it is expected that the amount of the withdrawal for the taxis in “I move Electrically” will increase and will reach 5,500 euros (from 2,500 today). Correspondingly, the subsidy for the replacement of an old taxi for the purchase of an electric model, which is currently at 8,000 euros, will be increased.

The total amount of withdrawal and subsidy for the purchase of an electric taxi will reach 22,000 euros. In fact, as a ministry official stated in “Vima”, a motorist while utilizing the tax incentives aimed at taxis (law 4710/2020) can drop the final bill of acquiring an electric vehicle to one third. “If buying an electric taxi worth 35,000 euros, one will get about 18,000 subsidy, while he will register on to his ledger the purchase cost increased by 55%, so he reduces his taxable income and the final cost can reach one third of its the car’s value, which makes it very attractive compared to a conventional or used automobile”, notes the same source, pointing out that to the advantages should be added the low cost of maintenance and purchase of fuel. “In Athens, a taxi travels 250 kilometers a day and costs about 50 euros a day for fuel, while with electricity the cost will drop to 5 euros a day,” he explains.

The issue of charging

A barrier for professionals remains the fact that a dense charging network has not yet been put in place, an issue that is expected to be solved through the implementation of the Electric Vehicle Charging Plans by the municipalities within 2022.

The average price of electric vehicles that are considered suitable for taxis is 41,000 euros before taxes while the corresponding option of a conventional vehicle reaches 16,000 euros before taxes. “By the end of the year, about 8,000 taxis will have to be replaced as the last extension given for the renewal of their fleet expires. All these professionals from the new year have three options: to buy a new or a used conventional vehicle, or an electric one. Our goal is for about 3,000 of these polluting old technology taxis – many of which can be as old as 20 years – to be replaced by electric ones,” said the same source.

Besides, the initiative of the Recovery Fund for “green” taxis focuses on the replacement of these vehicles that have exceeded the age limit of 18, 21, 24 years in Athens, Thessaloniki and the rest of Greece respectively and will be withdrawn by December 31. It is worth noting that the subsidy with European funds will be combined with a “scrap grant” for the old polluting taxi. Simply put, the dismantling and destruction of the old vehicle will be a prerequisite for access to the available grants, a process that will be carried out by an authorized service.

However, it has not yet been determined whether the 40 million euros of the Recovery Fund will strengthen the existing “I move Electrically” program or whether it will “run” some parallel action.

In any case, the government’s energy staff considers the taxi a “factor” in achieving the climate goals, as the professional fleets travel thousands of kilometers a year and significantly burden the environmental footprint of transportation. Suffice it to say that an old taxi, which travels about 200 to 250 km per day, emits more than 2,000,000 grams of CO2 per year.