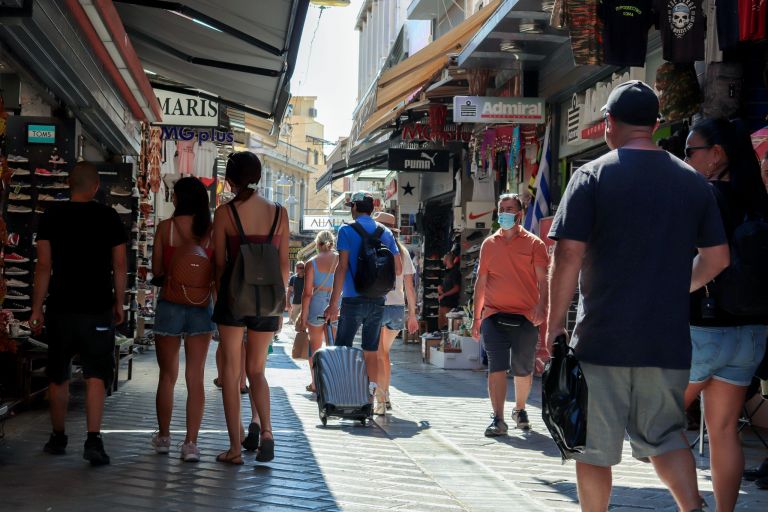 Increased uncertainty with Delta mutation as the main source, but also geopolitical developments

International and domestic analysts see positive signs for the course of the Greek economy in 2021, but also in 2022, guided by both the resilience of GDP in the previous quarters, the best of the expected tourism July – August and of course the disbursements of the Recovery Fund.

The government is already running the first 12 projects and the general planning after the collection of the advance (4 billion euros) so as to receive the first installment in November (7.8 billion euros total for 2021). But economists are sounding the alarm and talking about increased uncertainty with the Delta mutation as the main source, but the geopolitical developments that could lead to a refugee crisis affecting the whole of Europe.

Exclusive forecasts from analysts at Fitch and Bank Of America We recently revised our forecasts for economic growth this year from 3.0% to 4.3%. We did this for two reasons:

First, the Greek economy has shown a degree of resilience in the last three months of 2020, showing positive growth despite health constraints, which means that the effect of carry over from 2020 will be higher.

Second, GDP in the first quarter of this year was stronger than expected. We do not yet have data for the second quarter, but data on industrial production and retail sales show an upward trend. Our forecast assumes that European funds will start this year, further strengthening the growth prospects. The grants included in the government recovery plan amount to about 10% of 2019 GDP and we assume, according to government plans, that 43% of this will be spent in 2021-23, while the rest will be in the coming years. We expect the economy will recover further in 2022 and will expand by 5.3%, with the increase of funds from the Recovery Fund.

A short-term risk for forecasts is that the new increase in cases and the consequent travel restrictions may discourage foreign tourists from traveling to Greece during the summer months. At the same time, however, the data for July indicate a significant recovery in the number of tourists compared to last year. Another risk for our forecasts is related to the impact of the pandemic on the labor market once support measures are lifted. A structurally higher unemployment rate could affect the growth potential of the economy. Labor market divs for May were encouraging. It remains to be seen if these signals will be confirmed in the coming months. We are positive for the Greek economy, we expect growth at 5.1% this year and 3.8% next year, after the collapse of 7.8% last year. However with risks. Apart from the new Delta mutation, the tourist season seems to be proceeding as expected, perhaps even better. Structural reforms have progressed well, with the digitization of the state bureaucracy making a big difference. The restructuring of Greek banks and the cleansing of their portfolios is also a remarkable success story. Greece has large liquidity reserves and has full market access (due to the ECB) at the lowest cost ever. Assuming that policies in Greece remain on track, the risks in the coming months have to do mainly with international challenges.

The global economy has so far managed the shock from the Delta strain and avoided a new lockdown, but this is still a reminder that the pandemic is not over yet. The ECB has to decide on more QE to follow PEPP when the program ends in March. The list of geopolitical threats is long, including the West’s relations with China, Russia, and parts of the Middle East. In the long run, the Greek debt remains the elephant in the room. It is currently at 210% of GDP and will start to decline. Although financing is not a problem now, such a high debt will remain a source of vulnerability for the Greek economy for many years. In addition, the fiscal challenge is to reinstate EU fiscal rules next year.

The hope is that in the meantime structural reforms and large sums of money will begin to pay off, attracting investment and leading to faster long-term economic growth, in turn helping to reduce debt over the years, without the need for much austerity. There is no time for complacency. Structural reforms remain the only viable solution for the Greek economy. Developments in Afghanistan could lead to a refugee crisis that could affect Europe, especially in a series of major elections over the next two years.