The hour of battle between rationalism and conspiracy theories 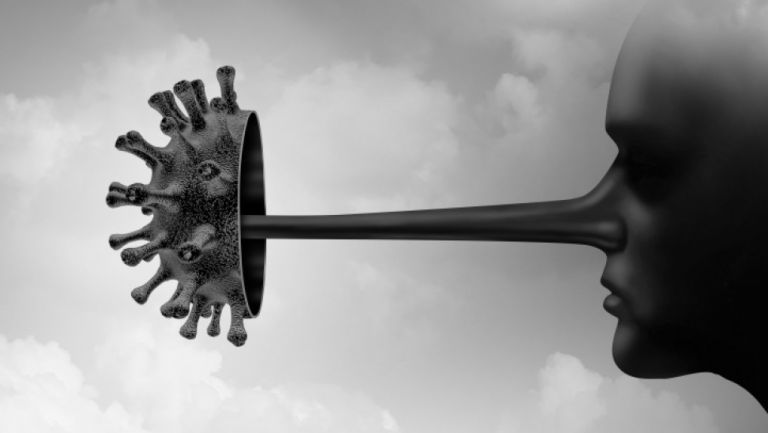 Everyone can persuade a few people to be vaccinated– or even one – some more and some less, regardless of their position in society.

A quite substantial percentage of the Greek population refuses to get the COVID-19 vaccine, and of course they provide a variety of justifications for this.

Obviously, it is only natural that you will have citizens who harbour concerns about the effectiveness or safety of the vaccine.

For their stance, a large measure of responsibility belongs to doctors with a variety of medical specialties who over the last months were sending conflicting messages and created confusion.

However, the media also bear a weighty responsibility in the coverage of the pandemic.

For all these people, one needs to intensify the campaign of persuasion by individuals who are not so exposed in the media and who do not stir negativism with what they say and how they say it.

On the other hand, one is confronted with a strong ant-vaccine front comprised of people who are swayed by conspiracy theories and pseudo-metaphysical claptrap.

The majority of these individuals will stubbornly refuse to change their stance, however many governmental decisions and public health measures may be announced.

Quite recently when I went to buy a cup of coffee, I heard a group of customers spewing opinions about the vaccine altering DNA, eschatology and the Book of Revelation, the largest clinical experiment in the world, and other such nonsense.

I stood by at a distance for about a quarter of an hour to listen to the conversation and became convinced that it is extremely difficult to change the opinion of this category of citizens.

Yet, the first category must be persuaded. This is an hour of responsibility for everyone regardless of what post they may hold. This is a collective struggle.

Everyone can persuade a few people – or even one – some more and some less, regardless of their position in society.

We must all try to persuade people who refuse vaccination – but not with coercion, fear, terror, or all manner of bogeyman.

Obviously, there are charlatans and incurable conspiracy theorists in society, but they are not the majority.

Nevertheless, it is of vital important to swiftly push forward the persuasion campaign in order to change the current situation.

After that, we can conduct a discussion about what was done, what was not done, what went wrong, and where the current government lost out.

The paramount issue now is to persuade the incredulous.

It is of vital importance for our democracy to guard public health and to protect ourselves and our loved ones.

Yet, how can that be accomplished if there is essentially among these groups a prevailing contempt for democracy, which protects our individual rights, including the rights of people with a dissenting opinion?

How can we survive if conspiracy theorists are allowed to endanger and attack our very lives?

The conspiracy theories that have prevailed ever more intensely since the start of the pandemic, and the protests that we saw recently in various Greek cities, remind us that the battle to defend democracy is far from over.

It is a continual and intense battle that will involve many confrontations, but it is also a battle in which our weapon must not be to offer privileges and freedoms.

It will be mainly an ideological clash that concerns our existence and our way of life.

This is not primarily a struggle to confront citizens, many of whom have been duped, but rather to combat the charlatans!

Now is the hour of rationalism.