«It is in our hands to abide by the measures and to celebrate Christmas with open churches,» PM Kyriakos Mitsotakis declared. 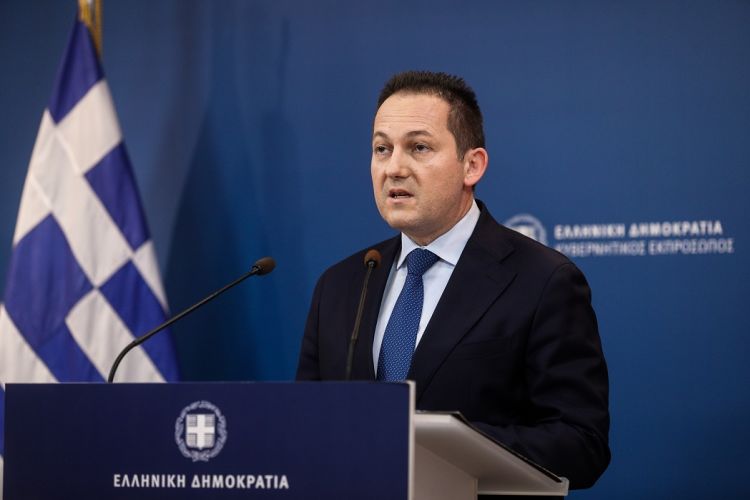 Just over two weeks before Christmas the government is still struggling to strike a balance between a gradual opening of commercial shops and the danger that the still raging epidemic could spin out of control nationwide.

Last week a decision was take to open as a crash test on 7 December the 110 shops throughout the country that specialise in Christmas decorations.

Development Minister Adonis Georgiadis justified the move on the grounds that these shops are very few in number and that their merchanise will be useless after the holiday season, but it is unclear whether the opening may prompt hundreds of other vendors in Attica and around the country who are not registered as Christmas ornaments shops, to peddle their wares.

Supermarkets will also be allowed to sell Christmas ornaments and decorations.

Despite proposals to open schoosl on 14 December the government will keep them shut at least through 7 January, until which time e-learning that began with the start of the current lockdown on 5 November will continue.

Perhaps the thorniest decision is whether and on what terms to to allow the country’s thousands of Greek Orthodox churches to conduct Christmas services.

The government is under severe pressure from Archbishop Ieronymos and the hierarchy of Metropolitan bishops, who had agreed to keep churches shut duting Holy Week and Easter.

When it allowed celebrations on the 26 October feast day of Saint Demetrios in Thessaloniki (he is the city’s patron saint) thousand lined up without social distancing measures and many without masks, creating a COVID-19 super-spreading event that in large measure explains the explosion in the transmisson of the virus in the port city (the country’s second largest)and Northern Greece more broadly.

Ieronymos discussed the issue in mid-November when Prime Minister Kyriakos Mitsotakis visited the archdiocese, just days before the archbishop was admitted to Athens Evangelismos Hospital ailing from SARS-CoV-2. The meeting was not announced until thearchbishop fell ill and there was talk of whether the PM should be quarantined.

Though the government had already shut churches at the beginning of the second lockdown in November, the PM sought the Church’s support in persuading the faithful to abide by public health measures and Ieronymo urged the PM to agree to a formula to permit Christmas services with strict enforcement of public health measures.

«It is in our hands to abide by the measures and to celebrate Christmas with open churches,» Mitsotakis said according to the state-run Athens News Agency.

«We all have a responsibility with our stance to protect our fellow humans and public health so that we can celebrate Christmas in our churches,» the archbishop declared

It should be noted that Christmas services, which traditionally begin before dawn, are much moree sparsely attended than  services  on the eve of Easter, which is the most important holiday on the Orthoodoc calendar.

The two revisited the issue in a telephone conversation recently in the light of new epidemiological data.

Unlike other bishops, Ieronymos after the first lockdown supported the use of masks and social distancing when many in the hierarchy objected strenuously.

The death on 15 November of  Metropolitan bishop Ioannis of Lagada (which is on the outskirts of Thessaloniki) rocked the largely aged hierarchy, as did the hospitalisation of the octagenarian Ieronymos and the nonagenarian Archbishop Anastasios of Tirana, oneof the most respected and beloved hierarchs in world Orthodoxy.

A spate of reports have indicated that a number of bishops have contracted SARS-Co-V-2 but have chosen not to make that public.

While government spokesman Stelios Petsas yesterday outlined a roadmap for the opening, many are concerned that it may be the straw that breaks the back of the National Health System which has been on the brink for weeks.

Petsas announced that the hospitality sector, entertainment venues, courts, and sports events will remain closed to the public until the early morning ofmorning of the same day, except those that continue to operate at present (the Super League Championship in football and basketball).

The ban on  travel between prefecture remains in force, the measure prohibiting gatherings will be extended, and teleworking is to remain at the same percentages.

Petsas also said the government this week will announce its decisions on the opening of churches, hairdressers’ salons and barbershops, and various branches of retail trade.

Strict rules for visitors to Greece

The government has decided to implement strict measures to screen visitors to Greece, a measure it rejected during the heavy summer tourism season, including a quarantine for those arriving between 18 December and 7 July.

«For those returning from abroad, in addition to the well-known procedure with the submission of a passenger location form they must also have a negative PCR molecular test taken 72 hours before departure.

A rapid test will be conducted upon entry, and visitors will enter a 10-day precautionary quarantine if they enter the country between 18 December and 7 January,» Petsas said.

«We have stressed many times that if we relax, we will pay for it. Let us overcome the fatigue and avoid complacency so that all together we can finally defeat the coronavirus in the coming months,» he underlined.