Editorial: Clientelism will not save them

SYRIZA for years condemned the attachment to bills of completely irrelevant addenda but it appears to have discovered along the way that it is convenient. 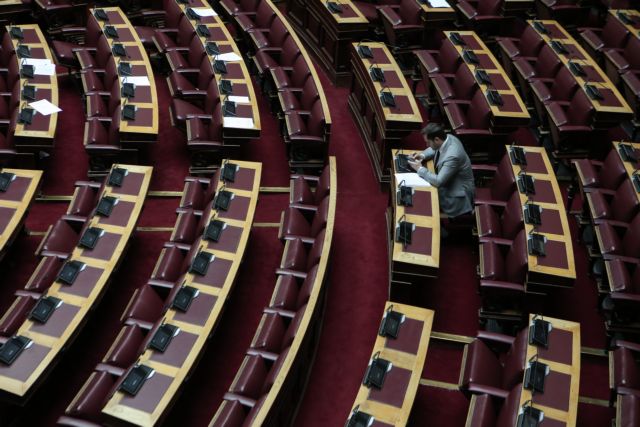 It is by now obvious that the delay in formally calling the general election is due to the government’s desperate effort to play for time so as to complete the “bribery” of voters.

Resorting to old-party practices it is keeping Parliament open so that MPs can hand out as many favours as they can by adding addenda to bills (which is the tried and tested way to secure legislative approval of political favours).

It is an affront to the political system for the Parliament Speaker to declare that he hopes not too many addenda to bills will be tabled and that these will not be “photographic”, targeting particular groups of voters.

SYRIZA for years condemned the attachment to bills of completely irrelevant addenda but it appears to have discovered along the way that it is convenient.

Despite a change in parliamentary rules the government is still doing what it does best – handing out promises and cultivating false hopes.

SYRIZA wants to secure future employment for as many associates of ministers and party cadres as it can.

Meanwhile, it pretends to be an incorruptible party that is untainted by the ills and sins of the “old political system”.

Despite the fact that nearly all opposition parties have walked out of Parliament because they refuse to be a party to the government’s machinations, SYRIZA remains unabashed and undaunted in serving vested interests.

All these years that the government played the role of moral arbiter of political life it simultaneously degraded Parliament.

It engaged in constant insults and attacks against its political opponents and passed with express procedures tailor-made legislation to serve its political clientele.

Just as it cannot comprehend the causes of its crushing defeat in European and local elections, it is unable to understand that no government in the past has been able to stem a downward spiral with handouts and favours.

As many groups as it may benefit and as many promises as it may hand out, its record has already been judged by the majority of citizens.