Centeno lauds Greek primary surplus, Scholz says ‘everyone will be careful in the end’

German Finance Minister Olaf Scholz noted that all eurozone countries must pinpoint problems which could affect their borrowing from markets. 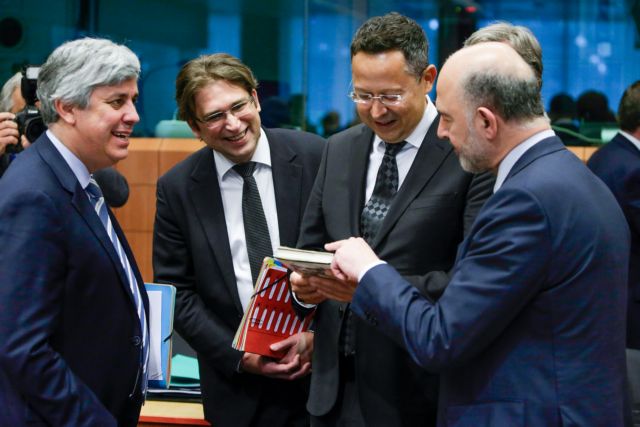 Greece was not on the agenda of the meeting, which was held just 10 days before crucial European Parliament elections, in which a top concern is stemming the rise of the far right in Europe.

For those expecting open criticism of PM Alexis Tsipras’ recently announced economic stimulus package, there was none from the ministers asked by journalists.

German Finance Minister Olaf Scholz noted upon arrival that all eurozone countries must pinpoint problems which could affect their borrowing from markets.

Asked about Tsipras’ package, Scholz said that Greece is part of the wider success story of the eurozone, as all countries which had funding problems have been able to return to regular borrowing.

However, the finance ministry has reportedly shelved plans (preparations were all ready) for a seven-year bond issue with an interest rate of about 2.6 percent after the rise of spreads that followed Tsipras’ 8 May announcements, including tax cuts and general social benefits, as the general impression was that these were decided without the prior consent of creditors.

Moreover, ESM chief Klaus Regling today expressed concerns that with the measures announced recently by Tsipras there is a danger that the 3.5 percent primary surplus target for 2019 will not be met.

The day before the Eurogroup, Alternate Finance Minister Yorgos Houliarakis had taken care to dismiss Bank of Greece Governor Yannis Stournaras’ public announcement that the Central Bank’s projection is that the 2019 primary surplus will not exceed the 3.5 percent of GDP target and so social spending must be limited to what is provided in the 2019 budget passed last year.

Houliarakis said that State General Accounting Office projects a general government surplus of 4.1 percent and that this leaves 0.6 percent of GDP fiscal space.

Houliarakis underlined that these projections were in the Stability Programme submitted by the Greek government to the European Commission on 30 April.