Greece’s left-wing government, which constantly attacks neo-liberalism, with its excesses has reached the point of implementing an absolutely restrictive and neo-liberal agenda 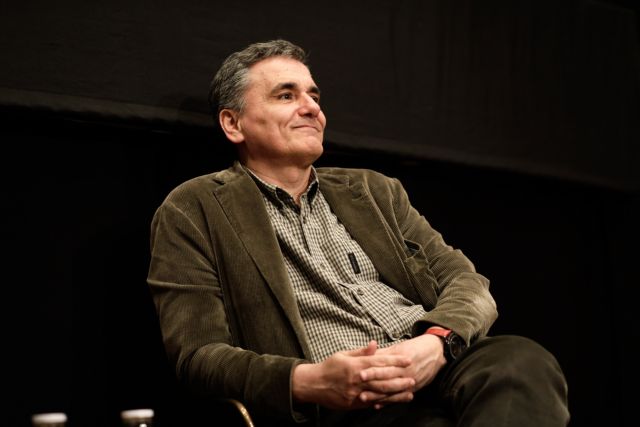 After adopting an unrealistic stance in negotiations with European partners and other creditors in the first six months of 2015, which nearly brought total disaster upon the country, the first Tsipras government was forced into a disorderly retreat.

It signed on to the harshest bailout memorandum of all and promised exceedingly large primary surplusesof 3.5 percent of GDP annually through 2022.

That was not all. Those responsible for economic policy after winning a second election in September, 2015 – seeking protection from demanding partners and creditors and wanting to accrue political capital for the future – saddled the economy with excessive budget cutbacks and even more taxes.

The idea was simple and it burdened the country and its citizens.

The government believed that after the shock of the showdown with creditors and after winning a second election people would not have the stamina to react to the package of extreme austerity which it used to advance its political aims over time.

High taxes and harsh public expenditure and public investment cuts led to overreaching primary surplus targets which satisfied creditors and facilitated a return to the markets.

That policy also allowed the government to collect money annually – more and more each year – and distribute it to prospective voters as it saw fit.

It became clear that the government could not control itself. The amounts collected by exceeding targets agreed to with creditors spun out of control.

A few days ago Eurostat announced that the 2018 primary surplus reached 4.4 percent of GDP, nearly one percentage point above target.

Unfortunately, this is happening for the third year in a row. That indicates that the economic policy mix is problematic. It is fraught with structural weaknesses, overlooks dysfunctions, and greatly burdens the economy.

The simple fact is that this money has been taken away from public investment in crucial sectors such as health and education and from the pockets of citizens who have been steadily over-taxed for the last four years.

This policy limits the performance of the economy and perpetuates restrictive economic policies.

Greece’s left-wing government, which constantly attacks neo-liberalism, with its excesses has reached the point of implementing an absolutely restrictive and neo-liberal agenda which even Milton Friedman – the founder of the Chicago School which Tsipras and Tsakalotos often denounce – would envy.

It is a grave error and the price of imprudence and self-interest bedevils the architects of this incongruous policy.
A government that has trapped itself is not in a position to offer either a solution or the prospects that the country needs.