‘The government avoided a substantial probe of the real scandal of how the price of medicines skyrocketed, which involves its own ministers as well, and chose to target specific politicians. It is continuing to announce in advance or even order judicial moves,’ said Meni Malliori 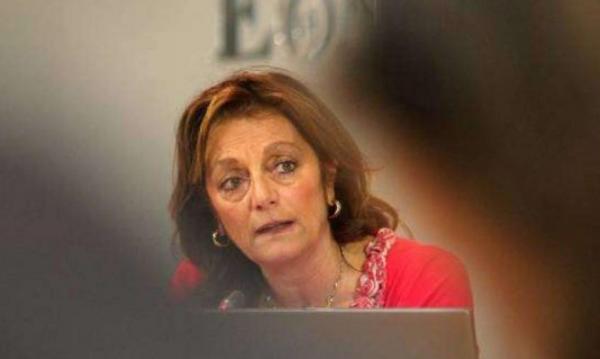 Centre-Left Movement for Change European Parliament candidate and psychiatrist Meni Malliori has blasted SYRIZA for exploiting the Novartis scandal to destroy its opponents and went as far as to suggest that the judicial probe of ten politicians for possible bribe-taking was ordered by the government.

“The government avoided a substantial probe of the real scandal of how the price of medicines skyrocketed, which involves its own ministers as well, and chose to target specific politicians. It is continuing to announce in advance or even order judicial moves. The full Novartis case file has not yet been made public and so all we know is what the government leaks when it deems fit in order to change the political agenda,” Malliori told in.gr in an interview.

“The Novartis case is being used as a tool by the government which in this manner is jeopardising basic principles and values in order to reap fleeting petty partisan gain.”

The MEP candidate underlined the importance of the centre-left in May’s European Parliament election as a barrier to stem the rise of the extreme left in Europe.

“The peoples experience insecurity, social inequalities, poverty, and marginalisation. Terrorism, the migration issue, and negative global developments have created challenges that threaten the very foundations of the EU and imperil democracy. A vote for the Movement for Change gives the power to European socialists to block the path of the extreme right and populists, to reinstate social cohesion and restore solidarity,” said Malliori.

Asked what is the worst thing that SYRIZA has done in its over four years in power, Malliori said it is the government’s management of the economy.

“The worst thing is the botched handling of the economy in 2015 and that led to the signing of the third bailout memorandum. The result was the decimation of the middle class. I cannot know if that regression was due to the government’s ignorance and inexperience or on purpose. The fact is that whenever the middle class is weakened that happens at the expense of democracy and social prosperity and benefits populism, which in turn provides fertile ground for extremism,” she said