Opportunistic demagoguery and pledges that ignore the economic realities and the results of negotiations with creditors are an inextricable part of SYRIZA’s profile. 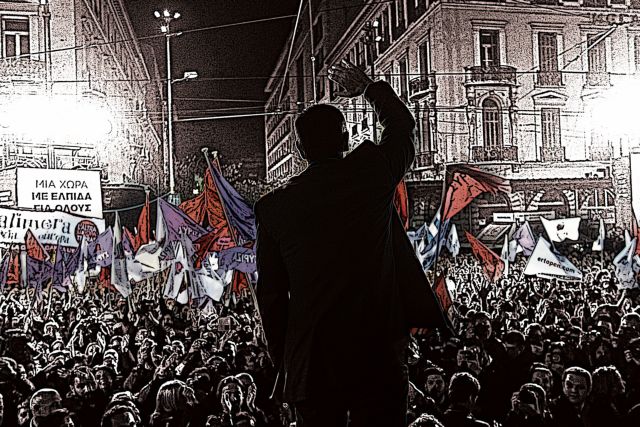 Opportunistic demagoguery and pledges that ignore the economic realities and the results of negotiations with creditors are an inextricable part of SYRIZA’s profile.

Despite the defeats that it suffered and its political acrobatics that had painful consequences for the country, they continue to repeat their old tactics.

They maintain and cultivate the deception that the bailout memorandums are over and that they alone can decide on a series of critical issues. As a consequence, the problems are not solved and the country is perpetually in disrepute.

Despite the warnings, the government cultivated delusions regarding the extent of protection of debtors’ primary residence from foreclosure, and now they are scampering to close a deal so as not to trigger a crisis with creditors.

Whether they liked it or not, they saw the impasse and tabled the law that will replace the related Katseli law. It is a far cry from what the government was promising.

Especially regarding the government’s plans for dealing with non-performing business loans, to which creditors strongly objected, the final plan (if creditors agree) will be quite different than what the government was telling the public.

The ceilings on the value of assets of delinquent creditor who seek protection will be far lower than the government had proposed.

The government was forced to retreat.

Meanwhile, as this painful negotiation with creditors was ongoing, a minister who seems to ignore the realities came out and raised the prospect of handing out a 250-euro Easter bonus (such bonuses  were cut in the bailout memorandums period).

After a backlash, Finance Minister Euclid Tsakalotos hastened to categorically deny that there will be a bonus so as to avert new tensions with creditors.

Unfortunately for the government, it does not understand that people are fed up with the hollow promises that it is making. The fairy tale of hope is over, as much as those in power may seek to preserve it.

The problem is not the decline of the government but rather that it is perpetuating a climate of disrepute and uncertainty about the country, which is being held hostage to their ideological fixations and populism.

The government’s term in office is ending, however, as much as it would like to extend it for a few more months.