The choices for the ruling party’s European Parliament ticket were expected to symbolise renewal and Tsipras’ effort to forge a broad centre-left front. 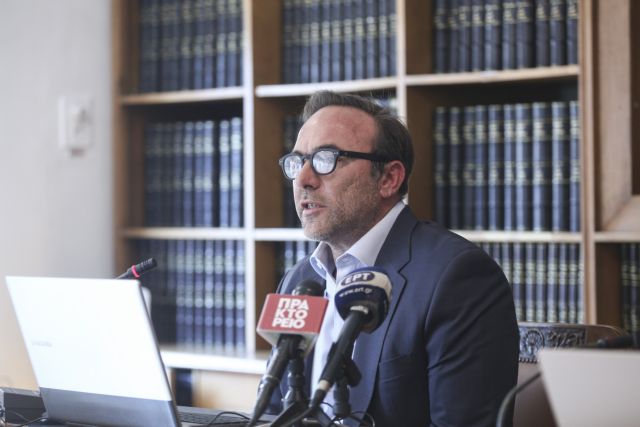 Prime Minister Alexis Tsipras appears poised for a European Parliament campaign in which he will stress efforts to combat corrupt vested interests and the “old political system”, as well as the rise of the extreme right in Greece and Europe.

SYRIZA’s European Parliament campaign suffered a major blow with the candidacy of Myrsini Loizou, the daughter of the famed left-wing songwriter and singer Manos Loizos. She was forced to withdraw from the race  after embarrassing reports about her past.

That included a statement on social media that the victims of the notorious and now defunct N17 terrorist group should rise from their graves and apologise to their murderers.

The straw that broke the camel’s back was the revelation that Loizou was convicted and handed down a suspended two-year jail sentence because for over five years she was collecting the pension of her deceased mother.

The choices for the ruling party’s European Parliament ticket were expected to symbolise renewal and Tsipras’ effort to forge a broad centre-left front.

Certainly, in light of the Loizou debacle SYRIZA vetted prospective candidates very carefully in order to avoid yet another fiasco.

Today, SYRIZA attempted to turn a page by announcing ten more candidates, including an academic, an athlete, and a singer, but most attention was directed at candidate Petros Kokkalis.

One of the famous names on the ticket that had been discussed for days was that of Petros Kokkalis, son of business mogul Sokratis Kokkalis. Kokkalis had long avoided revealing whether he would be a candidate on SYRIZA’s ticket, but he resigned his post as a city councilor of Piraeus, a move which was widely seen as confirming his intention to run.

Kokkalis’ candidacy also carries heavy left-wing connotations, as his grandfather, professor of medicine and researcher Petros Kokkalis, came from the Greek haute bourgeois and ended up as a minister in the largely leftist “government of the mountain” (Political Committee of National Liberation).

That is the legacy that SYRIZA would have voters focus on, rather than that of his father Sokratis, who in the past has been blasted by the left as the epitome of the intertwining of huge business interests with successive Greek governments. He had been dubbed the “national procurer”.

One of the better known candidates who are supposed to signal the opening to the centre-left is Maria Repousi, a professor who has often raised eyebrows with her revisionist historical views and her focus on the separation of church and state. However her name was not announced today.

Other touted candidates are Tourism Minister Elena Kountoura and independent (formerly of To Potami) MP Spyros Danellis, who is one of the MPs whose vote is crucial to maintaining the government’s slim parliamentary majority. However, their names were not announced this evening.

The opposition has lambasted both as crutches for ruling SYRIZA, which lost its parliamentary majority when Panos Kammenos and his Independent Greeks pulled out of the coalition government.

Political Science Professor Michalis Spourdalakis, whom SYRIZA appointed to lead the dialogue on the revision of the Constitution and whose place on the ticket had been discussed, was one of the names that was announced today.

In a blow to SYRIZA, legendary basketball player and coach Panagiotis Giannakis announced today that he will not be a candidate on the ruling party’s European Parliament ticket. The announcement comes after weeks of leaks from SYRIZA that he would be on the ticket.