‘Novartis AG said its own internal investigation found no evidence of bribery to Greek officials as an upcoming election puts the Swiss drugmaker back in the spotlight,’ Bloomberg reported. 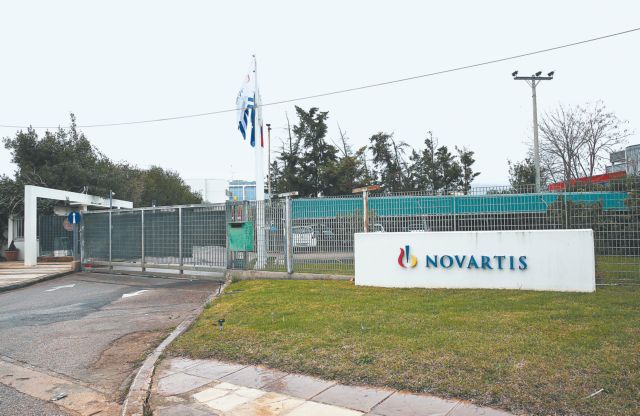 In February, 2018, Alternate Justice Minister Dimitris Papangelopoulos told Parliament that the Novartis scandal is the biggest since the founding of the modern Greek state in 1830, even bigger than the Siemens scandal.

One year later, the Novartis affair is turning into the biggest fiasco for the SYRIZA government.

Bloomberg’s revelation on 20 March that following an internal audit instances of kickbacks to politicians and government officials were not found was the most recent confirmation of the government’s fiasco, as main opposition New Democracy put it.

“Novartis AG said its own internal investigation found no evidence of bribery to Greek officials as an upcoming election puts the Swiss drugmaker back in the spotlight,” Bloomberg reported.

“Novartis didn’t receive preferential pricing from the Greek state and to date has been unable to identify any ‘inappropriate payments’ to government officials, a local spokesperson said in an email,” the report stated.

New Democracy cited the Bloomberg report as for months it has argued that the government made the whole thing up in a conspiracy.

“After the Novartis case which from the ‘biggest scandal since the founding of the Greek state’ turned into the biggest fiasco for SYRIZA, the government tried to exploit for communications reasons the judiciary’s sending to Parliament the case file on medicines rebates,” ND said in a statement.

“Entirely coincidentally, Bloomberg had reported slightly earlier on Novartis’ probe [internal audit] from which absolutely no evidence of the bribing of politicians emerged. Might this report also be fake news?” the ND statement concluded.

“New Democracy is not content with being identified with Novartis. It is ridiculing itself by celebrating because Novartis audited itself and judged that there is no evidence of bribing Greek officials…by Novartis! If that is enough for New Democracy, it can publicly demand that the judicial probe of the case end.”

Government leaks over many months about the jailing of suspects, bank accounts abroad, and the bribery of politicians which will blow the political system out of the water all proved to be nonsense.

The judicial probe is ongoing but prosecutors have been unable to back up charges against ten politicians who have been implicated in the case.

Judicial sources say that accounts or traces of political black money were not found and that the same stands true of charges that doctors were bribed.

Despite all that, the government insists on playing political games and on keeping the case in the limelight with an eye to electoral gains, the opposition insists.

The PM’s office, critics believe, has been trapped in the logic of Alternate Health Minister Pavlos Polakis, who told a SYRIZA party conference that certain (unnamed) people must go to jail on corruption charges in order for the party to win the next general election.