Tsipras again defended his move to introduce direct proportional representation, as well as SYRIZA’s proposal for popular election of the President of the Republic when there is a deadlock in Parliament. 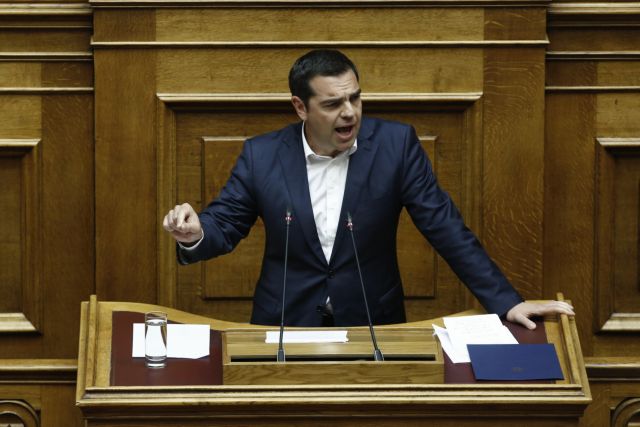 Prime Minister Alexis Tsipras told Parliament today that main opposition New Democracy is undermining the crucial changes that are needed in the constitutional revision that will be completed by the Parliament that emerges after the forthcoming general election.

“The political system that was governing for forty years had many opportunities to do this but did not dare. When it dared, one ended up with the law on ministerial responsibility, about which everyone should be ashamed,” Tsipras said about a constitutional provision that scandalously protects ministers who have committed crimes related to their portfolios while in office with a very brief statute of limitations enjoyed by no other citizens.

The PM said the process allows one to consider what led to a generalised public scorn for the political system, while providing the opportunity to deepen democracy.

In that regard, he underlined the push in various countries internationally toward a more participatory form of democracy.

Tsipras again defended his move to introduce direct proportional representation, as well as SYRIZA’s proposal for popular election of the President of the Republic when there is a deadlock in electing the president with inter-party consensus in Parliament.

The PM said that the government has proposed constitutional reforms “which will bolster parliamentarism, support popular participation, and guarantee stricter protection of social rights”.

Tsipras said SYRIZA’s proposals address long pending issues such as the rationalisation of church-state relations and will remedy institutional abominations such as the law that protects ministers from prosecution.