SYRIZA MPs know that about half of them will not manage to be re-elected and that they will be watching the proceedings in the chamber on the Parliament Television Channel. 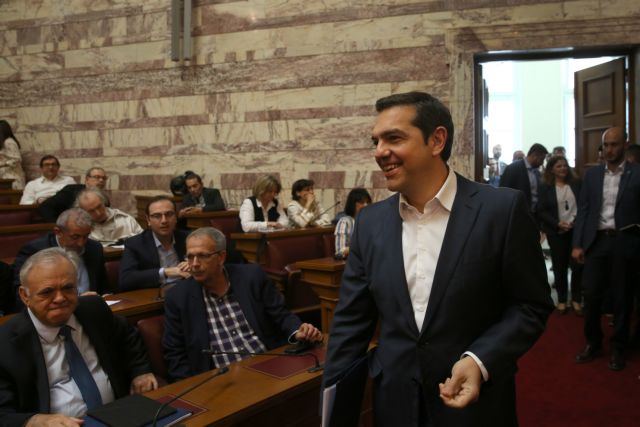 The meeting of SYRIZA’s parliamentary group featured mutual recriminations and attacks between MPs who see that the end of their term in office is within sight.

Despite PM Alexis Tsipras’ efforts to strike a note of optimism, combined with attacks on the elite and vested interests which are supposedly waging war against him, even his own MPs are not persuaded by his boasting of successes and the visions of electoral victory that he is presenting.

As a result, at the end of the meeting he called on his MPs “not to demolish everything in the end and not to allow them to speak of a crushing defeat”.

Unfortunately for Mr. Tsipras and his MPs, attacks on the press and on opinion polls no longer persuade anyone.

In a passage in his speech that referred to the main opposition but could just as easily describe himself, the PM said that, “Whoever proceeds with deceit as his ally will not have a long course, as the moment of truth eventually comes.”

That moment of truth is fast approaching for Mr. Tsipras and his government. He promised everything to everyone. He traded in false hope and targeted everyone he viewed as a political opponent.

Now the time has come to pay the piper. He cannot now be saved either by demagoguery or lies or constant attacks on all those who did not subjugate themselves to his designs.

As much as he may attack opinion surveys and the media, the moment of truth is approaching. SYRIZA MPs are well aware of this as they realise that their parliamentary seats are in jeopardy and they are all out to save themselves.

The MPs know that about half of them will not manage to be re-elected and that they will be watching the proceedings in the chamber on the Parliament Television Channel.

Bravado, threats, and targeted attacks can no longer shore up the morale even of SYRIZA’s narrow party base.

As much as the PM tries to perish the thought of a crushing defeat in the general elections, his cadres can see it coming.

That is why what happened at yesterday’s meeting of SYRIZA’ s parliamentary group is only the beginning.