Editorial: Electoral gambling with the economy

The IMF was primarily concerned with the threat to the economy posed by the pre-election period, which could reverse measures taken until now. 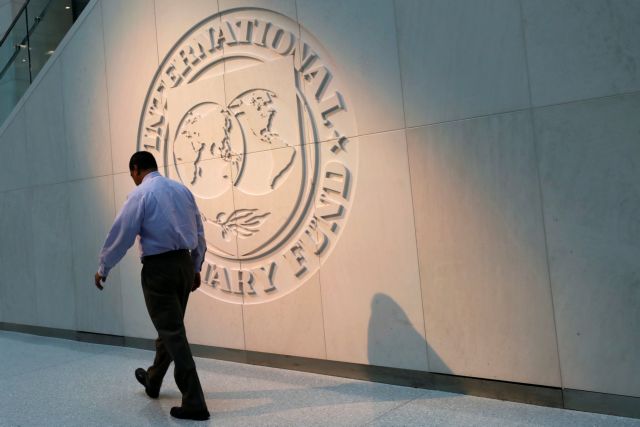 A man walks past the International Monetary Fund (IMF) logo at its headquarters in Washington, U.S., May 10, 2018. REUTERS/Yuri Gripas
Share

With the government preoccupied with manufacturing enemies and absorbed in petty partisan games, instead of improving the economy is beginning to face greater dangers.

The first warning signal came from the Eurogroup, which postponed disbursement of a one-billion euro tranche from the profits of eurozone central banks on Greek bonds, citing delays and non-implementation of measures and reforms to which the government had signed on.

The Europeans may have avoided sharp rhetoric because they are preoccupied with their own problems, but their warnings were clear.

The second warning signal came from the IMF, which may no longer have a central role in the Greek programme but which is heard by the markets.

The IMF was primarily concerned with the threat to the economy posed by the pre-election period, which could reverse measures taken until now.

Equally important are the IMF’s observations regarding the prospect of weak growth rates over the coming years, which could undermine primary surplus targets and make servicing the debt more difficult.

The problem of non-performing loans is pending and that hinders the cleanup of banks’ portfolios, with serious repercussions on the funding of the economy.

The Prime Minister’s office, however, appears to have other priorities. Its primary objective is to create a climate of polarisation and division and to target existing and potential opponents so as to cut its losses at the ballot box.

It resorts to intrigue, promises, and conspiracy theories and believes that the real problems can wait, even though the PM’s inner circle knows that the country and its economy remain vulnerable. Instead of trying to limit this uncertainty, they do whatever they can to perpetuate it.

They are interested only in their narrow, personal interests and their electoral survival.

Once again, they are engaging in electoral gambling with the future of the country, its economy, and the suffering citizenry.