Eurogroup President Mario Centeno said that he expects European institutions to confirm that an agreement between Athens and creditors is very near. 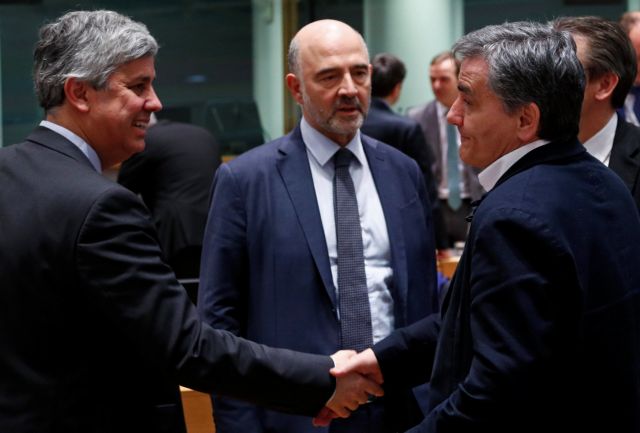 The Eurogroup today decided to postpone the disbursement to Greece of a one-billion euro tranche from the profits of eurozone central banks on Greek bonds.

The most significant cause for the delay is the inability of the government and creditors to agree on the provisions of a new law on protecting debtors’ primary residence from foreclosure.

The issue will be revisited at the next Eurogrop meeting on 5 April in Bucharest.

That means that there will be 20 more days of talks between Greece’s four systemic banks, the Hellenic Banking Association, the government, and creditors to meet the demands that have been set. The development comes just days after reports that the government and the banks had reached an agreement.

The most basic requiremet is to lower the ceiling of protection from the 250,000 euros and to lower the maximum annual income of those filing for protection, so as to significantly reduce the number of eligible participants.

The agreement that had been reached between the government and the banks provides foreclosure protection for properties with a maximum tax valuation of 250,000 euros, a maximum of 130,000 euros that remain to be paid off, and an annual income of up to 12,000 euros for an individual, 21,000 euros for a couple, plus an extra 5,000 euros per child.

Those whose protection is approved will have an extension of the repayment period that could reduce each instalment by 30 percent, an interest rate cut, and a haircut in the loan in certain cases.

While the delay in disbursing the 1bn euro tranche will not impact directly on the economy as Athens has a large cash buffer, it sends a strong signal to Athens about the inadvisability of unilateral fiscal moves.

European Commissioner for Economic Affairs Pierre Moscovici said that he expects a final resolution of the foreclosure protection issue in the coming days, so that the tranche can be disbursed at the April Eurogroup meeting “at latest”.

Eurogroup President Mario Centeno said that he expects European institutions to confirm that an agreement between Athens and creditors is very near.