Editorial: The dilemma of the election

Parties are created and then dissolved in a flash, MPs transfer between parties as football players do with teams, and political forces nonchalantly veer off course. 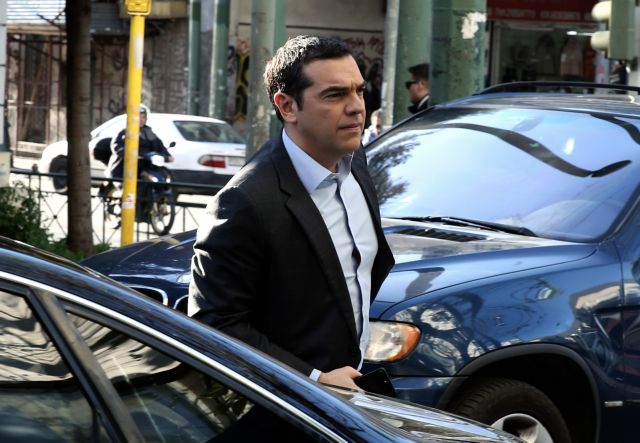 The current accumulation of political events and developments is unprecedented in the over decade-long economic crisis. Political time is teeming with activity at the supposed end of the great crisis.

The Macedonian naming issue, the economy, weak growth, the limited return to the markets, private debt, banks, unemployment, poverty, and social welfare are constantly in the forefront, operating as a catalyst for political developments.

The political scene is constantly in flux. Parties are created and then dissolved in a flash, MPs transfer between parties as football players do with teams, and political forces nonchalantly veer off course.

The results of this political frenzy are paltry and wanting and have little to do with the trials and efforts of the Greek people.

The reason for this is that all of the Prime Minister’s initiatives plant the seeds of discord and aim to divide society,to split and not unite.

The paramount consideration in all choices is political gains for the ruling party. Creating fissures in politics and society is a primary concern. That is why institutions are exploited and politicians are corrupted.

The Prime Minister chose to grapple with the Macedonian naming affair in order to divide conservative main opposition New Democracy and to rock the smaller parties, and not in order to resolve a long-festering national issue.

In a similar fashion, the PM consciously chose to over-tax the middle class in order to fund a redistribution of poverty, thus attracting a substantial electoral group to himself and his party base.

The electoral body of hundreds of thousands of benefits recipients essentially determined both the direction of fiscal policy and the stabilisation and growth of the economy.

The burning issue of over-indebted households and the protection of debtors’ first residence is also motivated by electoral objectives rather than by the need to clean up the banking system and restore smooth conditions for the funding of the economy.

For the same reason the government’s employment and unemployment policies are more defensive than pro-active.
The limited and ideologically focused constitutional revision was also influenced by base partisan motivations that have nothing to do with the needs of the country, with the evolution of the world, or with dominant international currents and conditions.

The refusal to permit the establishment of non-state universities is attributed to the government’s ideological fixations and it is not in sync with the pressing needs of the education system and of society.

The move to dissociate the election of the President of the Republic in Parliament from the requirement to hold a general election if there is a deadlock in the vote is being exploited to create a rupture within New Democracy and impede the main opposition’s return to power.

Even the judiciary is being exploited in a glaring manner to criminalise political life and to once again divide society and political forces.

There are countless other examples which confirm that the government is not acting for the good of the country but primarily for its own good.

That is why the results of the government’s policies are lacking, limited, and incapable of uniting and pushing the country into the future with good prospects.

In the general election, Greeks will be called upon to answer if the country will proceed with strictly partisan political choices or if they will opt for long-term policies that are capable of leading the country out of the crisis and restoring its place in the world in the next decade, 2020-2030.