With 145 MPs in the 300-seat legislature ruling SYRIZA will from now on depend on ad hoc majorities with six extra independent MPs. 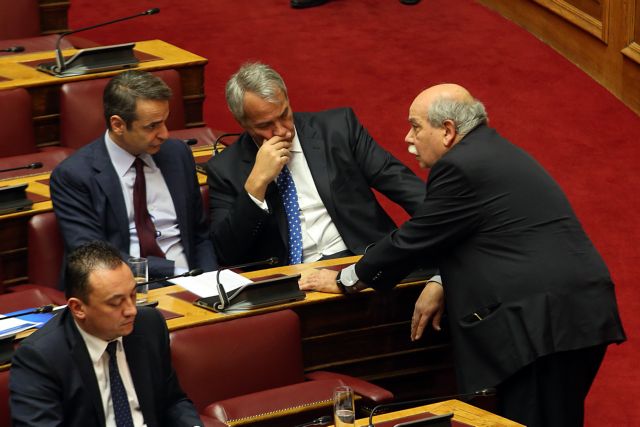 There was an uproar among opposition parties in parliament today over how the government is dealing with passing legislation after it lost its majority with the pullout from the ruling coalition of former defence minister Panos Kammenos’ Independent Greeks party.

The government won a confidence vote which it had called just two weeks ago, on 16 January. Still, with 145 MPs in the 300-seat legislature ruling SYRIZA will from now on depend on ad hoc majorities with six extra independent MPs.

There are currently 16 independent MPs who have either left or been expelled by their parties.

The problem arose in a vote on a law regarding the Supreme Council for Civil Personnel Selection (ASEP being the Greek acronym), when vice-speaker Yorgos Varemenos (SYRIZA) realised that the government lacked a majority. Independent Greeks MP Aristidis Fokas, who had previously publicly declared his support was absent from the chamber.

Hence, Varemenos called for a rollcall vote which was lambasted in the plenary session of Parliament.

In the rollcall vote, there were 153 yeas, 124 nays, and two MPs who declared themselves “present”.

Main opposition New Democracy’s parliamentary representative Nikos Dendias attacked the deputy speaker because although the voting had begun and it was clear that there was a majority of nays, the process was halted and a rollcall vote announced.

“This is not permitted by parliamentary rules. If he wants a rollcall vote he must say so before the voting begins. It is inconceivable to halt the vote when it became clear that the majority rejected the bill,” Dendias said.

He also underlined that SYRIZA is a minority government.

“This is a major issue and the parties must take a stand. You cannot govern in this manner,” he added. “[Varemenos] did not complete the voting process and did not announce the result. Instead of announcing the rejection of the bill he spoke of a rollcall vote.”

Only rollcall votes from now on

The presiding deputy speaker, Tasia Christodoulopoulou, said that from now on every bill will be put to a rollcall vote so that all 16 independent MPs can have an opportunity to speak.

“You should know that from now only rollcall votes will be called so that no one can dispute the result. You know that there are so many independent MPs. Shall we not solicit their opinion?”

Pasok MP and constitutional law professor Evangelos Venizelos charged that parliamentary rules were violated. He said that although the government secured a vote of confidence it still lacks an absolute majority, and hence it lacks the [constitutionally mandated] explicit majority.

“Thus we do not have evidence of a majority, of a stated majority in votes. The country has an outstanding institutional issue,” Venizelos said.

Parliament Speaker Nikos Voutsis conceded that many of Venizelos’ points were correct, but he criticised perceived efforts to create an outstanding political and parliamentary issue in order to divert attention from other issues being raised in this period.

He also confirmed that only rollcall votes will be held from now on.