There is no substantial discussion on the major, fundamental problem of Greece’s limited production, the weakness of which is the source of most of the economy’s ills 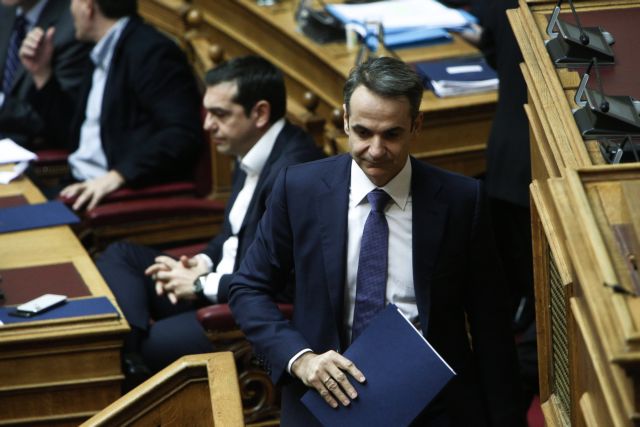 One saw quite a bit of verbosity in the parliamentary debate on the 2019 budget, on the part of both the government and the opposition.

The propaganda on both sides of the aisle was intended to justify current and future opposing policies.

The struggle of the economy has so far proven fruitless. Uncertainties were not eradicated and insecurity was not stemmed. Naturally, no secure path to economic growth has emerged.

Most efforts seem geared simply toward managing the current situation, but without the vision and clear targets that might inspire Greece’s embattled society.

Not a word was uttered about the overarching issues highlighted by a deep and protracted crisis.

There was no substantial discussion on the major, fundamental problem of Greece’s limited production, the weakness of which is the source of most of the economy’s ills – especially unemployment, slashed incomes, and a rapidly aging population.

Those with even a basic contact and connection with the economy insist that under the current conditions and with an enormous, extended crisis, Greek politics should have been preoccupied with seeking to bolster production and manufacturing.

During the crisis, manufacturing constituted only 8.4 percent of GDP, whereas in the rest of Europe that number was 15 percent.

Over the last years that rose to slightly over nine percent due to particular conditions.

Despite the contraction of the economy, the labour force numbers 1.2mn people. Needless to say that jobs in manufacturing are better paid and closer to technological developments, and thus have better prospects.

It is easy to understand that a take-off of manufacturing that would reach 15 percent of GDP, the EU average, would increase the number of employees in that sector to 2.5mn people. Anyone can see importance and benefits of such a development.

The aforementioned prospect would be enough to mobilise any political system that has even a rudimentary awareness of interventions to back the broader manufacturing sector.

If that target were reached, it would lead to a swifter and more organised cleanup of the credit and energy sectors, which currently impede the recovery of production and manufacturing.

If there is available credit and energy costs are checked, growth can take off, and Greece would not only exit the crisis – it will be truly transformed.

An inspired political leadership, after all the bitter experiences during the years of depression, would have neither doubts nor reservations.