Marinakis: ‘I was not acquainted with this flower of the political underworld’

‘This person requested to be photographed with me and proceeded to do so with his cell phone, which is something that dozens of people do on a daily basis.’ 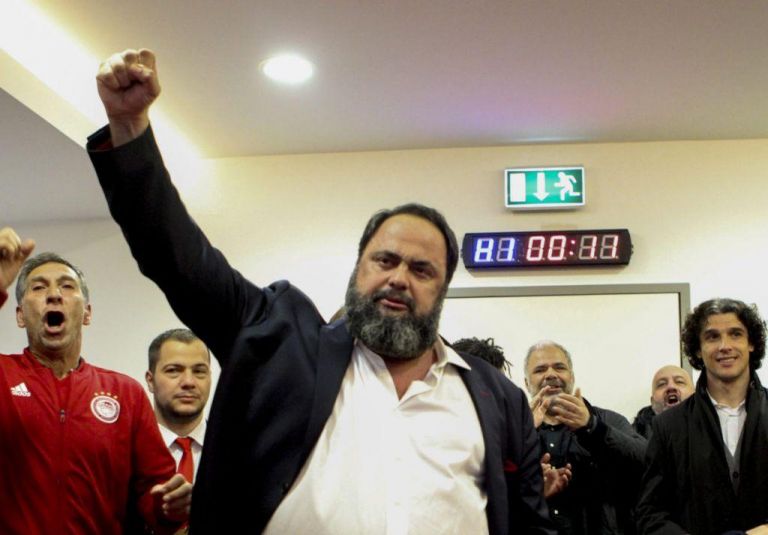 Evangelos Marinakis has issued a reply to the front-page story of Efimerida Ton Syntakton (reporters’ newspaper) regarding the Prime Minister’s friend Manolis Petsitis:

«Today’s front-page story of Efimerida Ton Syntakton is clearly not worthy of a serious response. Nonetheless, because I understand the objectives of this article, I can say the following: I was not even acquainted with his particular “flower” of the political underworld, nor have I collaborated with him, nor was he on my payroll, in the manner of entrepreneurs who do business with the public sector or have debts to the state.»

«Clearly, I never did business with him as regards offshore companies in Cyprus, Panama, and Venezuela. On 24 June, 2015, at an event to present the new shirt of Olympiacos FC, the CEO of Nova, Panos Papdopoulos, brought along with him a person unknown to me, Manolis Petsitis.»

«This person requested to be photographed with me and proceeded to do so with his cell phone, which is something that dozens of people do on a daily basis.»

«Today’s fairy tale lacks a dragon. Nevertheless, I understand the panic of the Prime Minister and his friends.
Instead of preoccupying themselves with gossip, let them engage in damage control regarding the activities of Petsitis, a friend and comrade of Digital Policy Minister Nikos Pappas and Prime Minister Alexis Tsipras.»

«Panic is the worst advisor for this collapsing government and its propagandists. The time has come for those who discovered Petsitis and transformed him into a strong player in public life to consider their enormous responsibilities.”