Varthomomeos stresses the PM’s historic responsibility, and declared that he will under no circumstance accept the removal from the Constitution of the references to the Patriarchate and to the Patriarchal and 1928 Synodal Act. 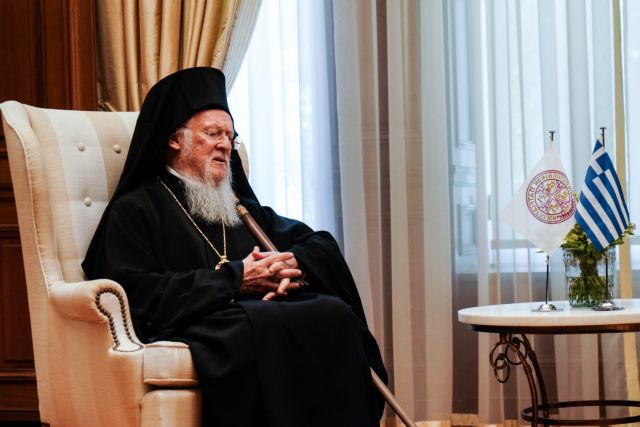 In a lengthy and stern letter he sent to Prime Minister Alexis Tsipras on 1 August, 2017, Ecumenical Patriarch Vartholomeos exhorted the Greek government to leave Article 3, relating to religion and the Patriarchate’s jurisdictions within Greece, intact when planned Constitutional reform goes forward, as orthodoxia.info reported exclusively.

The Act stipulates that the Ecumenical Patriarchate’s retains spiritual authority over dozens of Metropolitanates in Macedonia and Epirus , but that the Metropolitan bishops will be administratively part of the Orthodox Church of Greece, and will be represented on the 12-member day-to-day Permanent Holy Synod equally with all other Metropolitanates in Greece put together.

The Patriarchate of Constantinople retains full jurisdiction in the Metropolitanates of the Dodecanese islands and elects the Archbishop of the semi-autonomous Church of Crete, which in turn elects its own bishops.

The Ecumenical Patriarch has the primacy of honour in the Eastern Orthodox Church, and he was the second-ranking bishop (after the Pope) in all of Christendom (in the pentarchy of top bishops) before the Roman Catholic and Eastern Orthodox exchanged anathemas and brought on the Great Schism of 1054.

The related paragraphs in Article 3 read as follows:

1. The prevailing religion in Greece is that of the Eastern Orthodox Church of Christ. The Orthodox Church of Greece, acknowledging our Lord Jesus Christ as its head, is inseparably united in doctrine with the Great Church of Christ in Constantinople and with every other Church of Christ of the same doctrine, observing unwaveringly, as they do, the Holy Apostolic and Synodal canons and sacred traditions. It is autocephalous and is administered by the Holy Synod of serving Bishops and the Permanent Holy Synod originating thereof and assembled as specified by the Statutory Charter of the Church in compliance with the provisions of the Patriarchal Tome of June 29, 1850 and the Synodal Act of September 4, 1928.

2. The ecclesiastical regime existing in certain districts of the State shall not be deemed contrary to the provisions of the preceding paragraph.

“With the removal of Article 3 Paragraph 2 – which provides ‘The ecclesiastical regime existing in certain districts of the State shall not be deemed contrary to the provisions of the preceding paragraph’ – nor to the reference to the Patriarchal and Synodal Tome of 4 September, 1928 – the state is alienating the Ecumenical Patriarchate from its Canonical jurisdiction in Greece: The Semi-Autonomous Church of Crete, the Holy Metropolitanates in the Dodecanese, the Patriarchal and Stavropegic Monasteries, and any other part of its ecclesiastical jurisdictions, as well as the Metropolitanates which for historical reasons are called ‘New Territories’,” Varthomeos wrote.

Vartholomeos in the letter brings to bear the enormous religious, cultural, and national role of the Ecumenical Patriarchate throughout history and he criticises the PM for not telling the Mother Church of Orthodoxy anything about his plans about Church-State relations in the process of amending the Greek Constitution, stressing that he heard of it through press reports.