The European Court of Human Rights decision stated that the imprisonment of the Kurdish politician aimed at stifling democratic debate and pluralism. 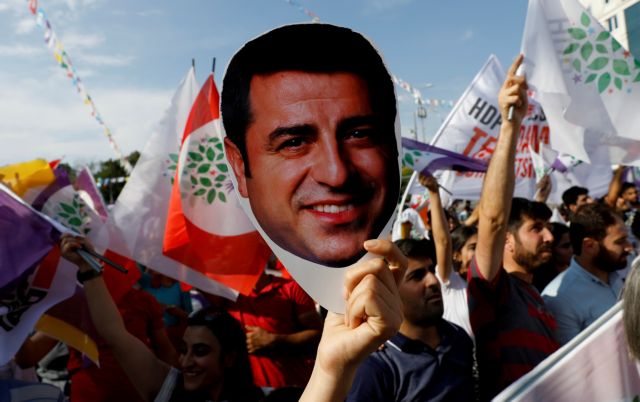 Turkish Foreign Minister Mevlut Cavusoglu cited Greece as an example of a country that has not enforced European Court of Human Rights (ECHR) rulings and criticised the European Union in an effort to explain his government’s decision to defy a European Court of Human Rights (ECHR) ruling ordering Ankara to free jailed Kurdish politician Selahattin Demirtas, the leader of the pro- Kurdish Peoples’ Democratic Party (HDP).

Running from prison, Demirtas garnered 8.4 percent of the popular vote in the 2018 presidential election.

The ECHR decision stated that the imprisonment of the politician aimed at stifling democratic debate and pluralism, and that the case should be adjudicated swiftly, as the pre-trial incarceration period for Demirtas is excessive.

Cavusoglu first trained his fire on EU foreign policy chief Federica Mogherini, declaring that she had overstepped her bounds in criticising Ankara over the imprisonment of Demirtas and the arrest and incarceration of journalists and academics.

President Recep Tayyip Erdogan declared that the ECHR ruling is non-binding and that Ankara will “make a counter-move and finish the job”.

Defending Ankara’s refusal to comply with the decision, Cavusoglu said that the ruling was not in line with previous decisions of the court, and he cited Greece as an example of a country that has defied the ECHR, in connection with rulings pertaining to the Muslim minority in Western Thrace.

“How many years has it been now that Greece has not implemented rulings related to the members of the [Muslim] minority? The ECHR had ruled [against Greece] on the prohibition of the use of the word ‘Turkish’ [to describe the Muslim minority, which Ankara refers to as Turkish but is recognised as Muslim under the Lausanne Treaty and includes Pomaks and Roma]. What I am trying to underline that other countries have not enforced its decisions as well,” Cavusoglu said.