Editorial: The judges can be judged

Ex-PM Costas Simitis and his two public order ministers are not chance politicians, nor have any shadows been cast on their political activity. 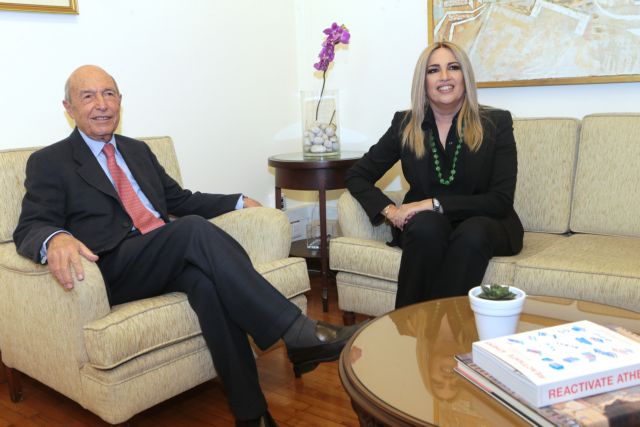 According to scriptures and jurisprudence, justice has a duty to be blind, independent and uninfluenced by political, economic, and social conditions.

That principle has been invoked by the competent prosecutor who heads the independent Anti-Money Laundering Authority, which ordered the opening of the bank accounts of former prime minister Costas Simitis, former public order minister Michalis Chrysohoidis, and ex-deputy public order minister Evangelos Malesios (all Pasok politicians).

The prosecutor herself has informally told media outlets that she acts independently of other state services, and in accord with her own planning, particularly as regards long pending cases, depending on the flow of information and reports sent from police, prosecutors, and other authorities involved in the case.

She has explained that upon assuming her responsibilities she sent letters to all involved state services asking them to forward long pending cases so as to facilitate their swift conclusion.

According to leaks from the Authority, the measures that it imposes aim at surprise and impeding the possible sale of assets of those who are suspected of money laundering.

In the cases of the former prime minister and ex-ministers, the opening of their bank accounts was ordered following a report to a prosecutor and because their cases were longstanding, and the Authority clarified that no limitations were placed on the beneficiaries of the accounts. The report and information that triggered the probe may not be confirmed, and then there will be no further measures or consequences.

The argument appears formal and for some is adequate. Yet, anyone can understand the weight of the impressions on society and the political scene triggered by the measure of opening the accounts.

There was no indication of what new evidence led to implementing the measure and where it came from – from what level of the judiciary the report that mobilised the Authority came.

Logic would indicate that a case like this should be investigated post haste. In our day, a review of the transactions of a bank account can be completed within days electronically.

Any delay or creation of conditions of long-term political captivity for those under investigation naturally would raise general concerns.

Everyone, and the Authority in particular, should be aware that they are not acting in a vacuum. This period is not indifferent politically. It is quite sensitive.

We have clearly a pre-electoral period and such decisions, regardless of the reasons for which they were made by the Authority, decisively influence political conditions and produce political results.

The more suspicious might assume that a machine is at work, outside of the Authority, producing allegations and leaking information in a targeted manner.

Moreover, the individuals being probed are not chance politicians, nor have any shadows been cast on their political activity. They do not have a luxurious lifestyles and they have left no room for allegations. Indeed, they have been threatened and endangered. Michalis Chrysohoidis, who rooted out the 17 November terrorist organisation, narrowly escaped been killed by a letter bomb.

In that sense, the indiscriminate imposition of measures must be checked, because the judges are also judged.