Greece’s long-term unemployed are left to their own devices

‘Few are receiving the unemployment benefit and the stipend for the long-term unemployed [about 12 percent], as they do not meet the preconditions,’ said OAED unemployment bureau chief MariaKaramesini. 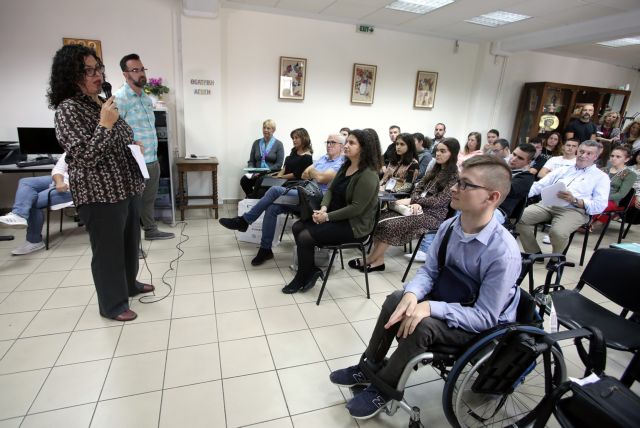 Even as the prime minister announced pre-electoral handouts, thousands of unemployed people are suffering from a policy that does not provide benefits for those unemployed for over 12 months, according to Maria Kaaramesini, the head of the OAED state unemployment agency.

Karamesini said that only 150,000 unemployed Greeks are receiving unemployment benefits.

“Few are receiving the unemployment benefit and the stipend for the long-term unemployed, as they do not meet the preconditions,” Karamesini told 24/7 radio.

While the unemployment rate in Greece has been reduced, it is still the highest in the EU.

“The total number of unemployed is 906,000 according to ELSTAT (Hellenic Statistical Authority). Those registered by OAED are 844,700, and of those 653,000 are long-term unemployed, which is to say for over 12 months. Of these, few receive unemployment benefits or the stipend for the long-term unemployed, as they do not meet the criteria,” said the OAED chief.

The trials of the older unemployed
Karamesini said that people over the age of 45 have few chances of finding a job, noting that disability bolsters their vulnerability.

“OAED’s employment programmes are a starting point in the search for a job. During the crisis, the concern was whether systems of subsidising jobs would have a stabilising effect. In the bailout memorandum period, about one million people lost their jobs. It was a social disaster. Our approach is to bolster income until people can find a job, and to support them in developing better prospects in seeking employment,” she said. There are ongoing discussions in the EU about creating a Europe-wide unemployment fund.”

“Regarding those unemployed who are not receiving financial support from OAED, the plan is to increase the number of spots in employment programmes so as to facilitate the more vulnerable groups. At the same time, you create economic incentives for businesses to create new jobs,” Karamesini concluded.